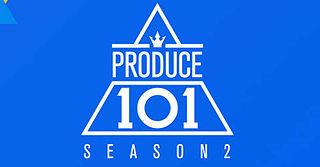 iQiyi, an online video platform in China, recently announced it will produce a TV talent program, “Idol Evolution Theory,” which resembles “Produce 101” on cable channel Mnet. Yet, an insider from Mnet told TV Report, an entertainment news outlet, that CJ E&M did not sell rights to the program.

The only difference between “Idol Evolution Theory” and the second season of “Produce 101” is that 111 idol wannabes audition instead of the 101 that auditioned for “Produce 101.” The platform has announced that they are finding talents through Weibo, one of the most popular social media sites in China. The show will premiere in January.

The program teaser that was released is quite like that of “Produce 101.” It has a blue triangle, the symbol of season two of “Produce 101.” Although the program itself hasn’t aired, iQiyi is being criticized for ripping off the popular Korean program.

Over the summer, iQiyi premiered “The Rap of China,” which has the exact same concept as Mnet’s rap competition program “Show Me the Money.” The program was very successful in China with over 3 billion views. Tracks from the program were also successful. iQiyi has not given any official statement about the similarities between “The Rap of China” and “Show Me the Money.”