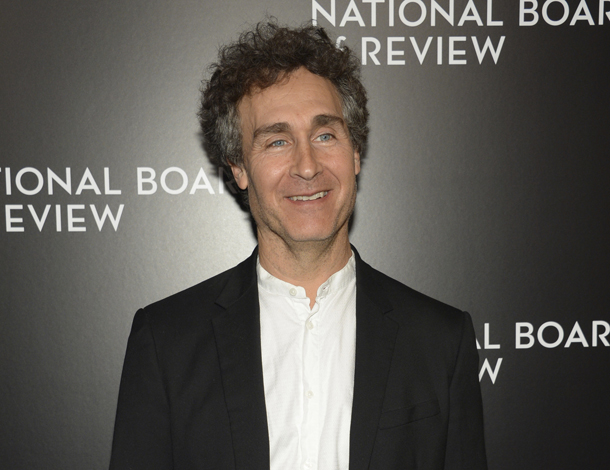 “It was a story I already knew,” said Liman, who directed “The Bourne Identity” and “Mr. & Mrs. Smith.” “I just didn’t know it from the POV of the people on the ground doing the mission.”

Seal’s life gets the Hollywood treatment in Liman’s new film, “American Made,” starring Tom Cruise as the charismatic hustler. It hits North American theaters on Friday.

In an interview with The Associated Press, Liman talks about the film, his ongoing partnership with Cruise and the plane crash that killed two crew members and is currently the subject of lawsuits from their families.

Q. In the film, Barry Seal keeps saying how much he loves America while blatantly gaming the system - drug smuggling, laundering money. Do you think this is a cynical movie?

A. I don’t think it’s cynical. I think it’s a celebration of America. We are this land of opportunity and opportunists and the same drive that Barry had when he’s flying these missions for the CIA, which is like, “I know how to get around law enforcement because the CIA is helping me, but I’ve got an empty airplane on the way back...” How is that any different than Henry Ford or Mark Zuckerberg?

And you’ve teamed up with a larger-than-life movie star for this in Tom Cruise, whom you’ve worked with before and will again on the “Edge of Tomorrow” sequel.

It’s kind of hard to work with Tom Cruise and not be aware that you’re working with one of the biggest movie stars in the world. We shot part of this movie in this really remote airstrip in Colombia, an hour-and-a-half flight from the closest road, and along the river by the airstrip there were these indigenous people living not too far from the airstrip and I said to Tom, “You know those people don’t know who you are.” And Tom’s like, “They’ll know who I am.” I was like, “They have no electricity. They are 300 miles from the closest road through the densest forest. How could they possibly know who you are?” We stayed a day there. We camped there for a night.

And on the second day the indigenous peoples came up with all these gifts for Tom.

Why do you think you two work so well together?

We created a really safe space where we can be totally honest with each other and can push ourselves and can do things outside of our comfort zone. We have the kind of relationship where if he’s doing something and it’s not working and I’m trying to figure out how to tell him gently that it’s not working, I’ll say, “You know, Tom that was...” and I’m trying to figure out what word to use and Tom will go “Terrible?” And I’ll be like, “Yeah that was terrible.” And he can say the same thing back to me.

Between this and “Edge of Tomorrow” you’ve gotten a lot of credit for putting him in more unconventional roles.

As much as I want to say “American Made” shows you a Tom Cruise you haven’t seen before, the reality is it has most in common with “Risky Business,” where he was a high school student who started a brothel.

And you also lived together while making the movie?

This will sort of sum up my relationship with Tom: We shared a house making the film and I was taking piano lessons while we were making the film and I learned “Old Time Rock and Roll” and I kept playing it to see if he would slide into the room in his underwear, but he never did. I thought it would be a Pavlovian reaction.