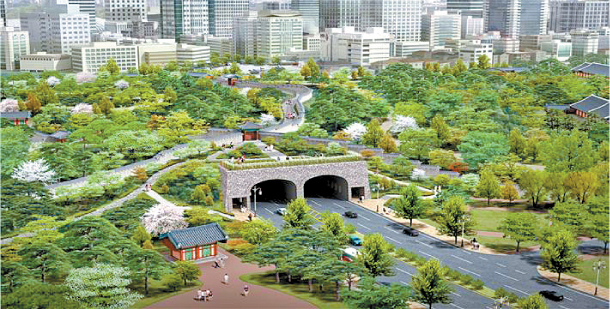 The Seoul Metropolitan Government on Wednesday released a bird’s eye’s view of a pedestrian trail, extending some 320 meters (1,049 feet) between Jongmyo and Changgyeong Palace in central Seoul, which will be brought back by 2019 to preserve a historic pathway that ceased to exist during the Japanese occupation of Korea. [YONHAP]