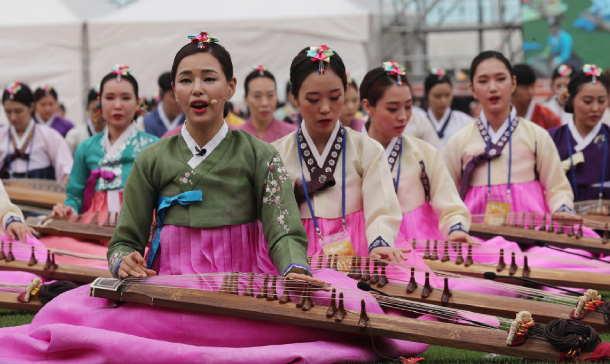 Actress and model Lee Ha-nui, better known as Honey Lee, participated in the largest-ever mass performance of the gayageum, a traditional Korean string instrument, in Uijeongbu, Gyeonggi, on Saturday.

The performance was part of the two-day Uijeongbu International Gayageum Festival.

Lee was one of 1,004 professional and amateur gayageum players at Uijeongbu Stadium. The event was coordinated by Lee’s mother, the famous gayageum player Moon Jae-suk.

“The event is for boosting the general public’s interest in gayageum and the beauty of Korea’s unique tradition,” Lee said in a video on the event’s website.