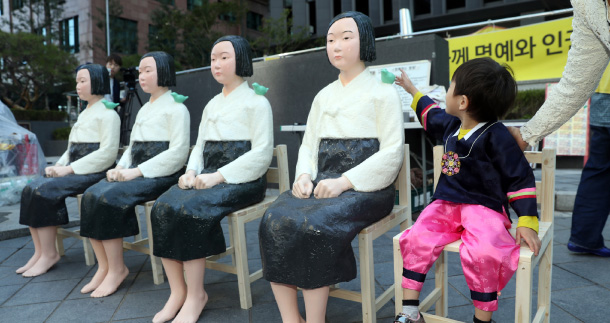 Plastic statues of girls, which symbolize the victims of sexual slavery by the imperial Japanese military during World War II, are seated on Monday next to the original bronze statue of a girl near the Japanese Embassy in Seoul. The plastic statues will travel to local cities such as Suwon, Daejeon, Jeonju, Daegu and Wonju during the Chuseok holidays. The plastic statues had, since Aug. 14, been seated on No. 151 buses running routes in Seoul. [YONHAP]