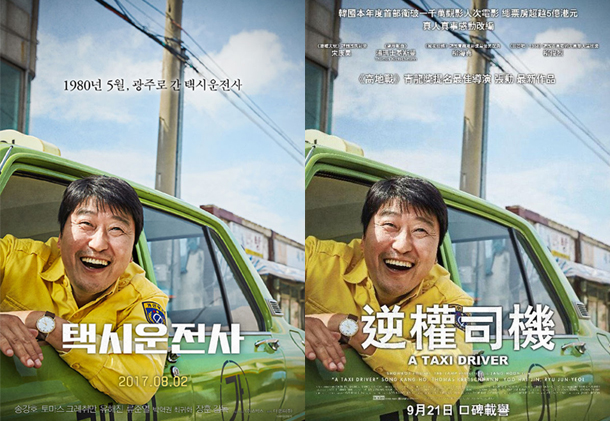 “A Taxi Driver,” which was this year’s first film to attract more than 10 million moviegoers domestically, has been banned in China and comments and posts about the movie have been removed from Chinese websites.

The film tells the true story of a taxi driver taking a German journalist to the center of the Gwangju pro-democracy uprising in 1980. According to Apple Daily, a newspaper in Hong Kong, the Chinese government blocked the premiere of “A Taxi Driver” and removed all related information online, as the content is reminiscent of the Tiananmen Square protests in 1989.

Immediately after the film’s release in China last month, thousands of opinions were posted on Douban, a popular Chinese social media service, demonstrating the film’s popularity among the Chinese audience.

Yet, after several internet users said that the movie reminded them of the Tiananmen protests, the government took actions to prohibit the film from being shown. Last Tuesday, the film’s page was deleted from Douban as well. Posts related to “A Taxi Driver” on Weibo have also been removed.

The Tiananmen Square protests took place in Beijing on June 4, 1989, and it has been estimated that hundreds of citizens were massacred by Chinese troops. Talking about the incident is banned and strictly controlled on Chinese social media.

Some expressed their dissatisfaction, saying that it is unfair to prohibit a movie that depicts the protests of another country. Meanwhile, with its 19th National Party Congress on Oct. 18, which will provide broad indications for economic policy in the coming years, the government has strengthened its efforts to monitor the media.