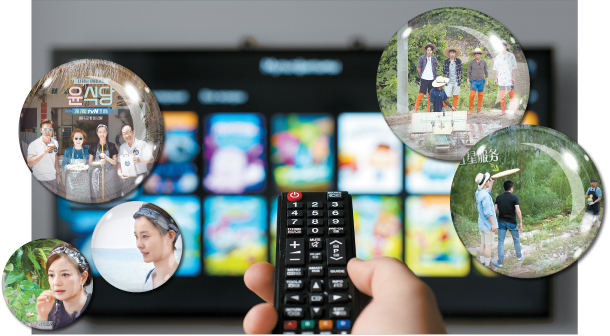 With a number of shows similar to popular Korean programs like “Hyori’s Homestay,” “Youn’s Kitchen” and “Three Meals a Day” popping up on Chinese television, local audiences are saying that Chinese networks have taken it too far. [TVN, SCREEN CAPTURES]

For Korean audiences, there is nothing surprising about seeing Chinese entertainment programs based off of concepts seen on Korean television. For years, Chinese broadcasters have been purchasing rights for popular Korean entertainment shows like “Dad! Where are We Going?” and “Running Man” to make their own localized versions. Though China sometimes produced similar shows without officially purchasing the rights of the original program, not many Koreans found a problem with it, until recently.

When Chinese television network Hunan TV announced late August on its official Weibo account its lineup for the upcoming television season, it was met with criticism over possible plagiarism by not only Koreans but also Chinese audiences, who wrote comments saying, “It’s gone too far. Stop plagiarizing.” and “I feel so embarrassed.”

The description of one of the shows, “The Inn,” sounded quite similar to JTBC’s “Hyori’s Homestay” that wrapped late last month. The Korean show follows Korean pop diva Lee Hyori and her husband, guitarist Lee Sang-soon, offering accommodations at their home in Jeju Island to travelers. Similarly, “The Inn” is a reality program centering on two famous celebrity couples offering accommodations to visitors.

Amid the backlash, its first episode aired on Saturday. The show took a famous married couple, actress Liu Tao and businessman Wang Ke, to a remote area near Lugu Lake in Yunnan, where homes set against the beautiful landscape were prepared for the stars to take in guests. The first episode did not reveal much, as it showcased the celebrities getting ready for their guests by setting up equipment and purchasing ingredients to prepare meals. How much it will parallel “Hyori’s Homestay” will be seen in the upcoming episodes. 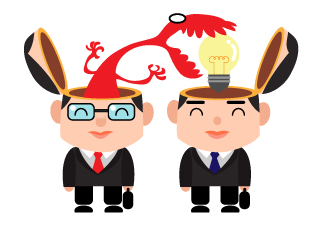 “The Inn” is a follow-up to “Zhong Can” (literally translated as Chinese restaurant), another Chinese entertainment program that was accused of plagiarism for its similarity with tvN’s “Youn’s Kitchen,” which aired from March to May.

It was not just the basic format that local viewers found similar between the two shows. To Korean viewers, some scenes from “Zhong Can” seemed like deja vu.

Centering on four celebrities, including actresses Youn Yuh-jung and Jung Yu-mi, “Youn’s Kitchen” follows the four opening up a small Korean restaurant on an island near Bali, Indonesia. They cook food and interact with locals at the small restaurant. “Zhong Can” similarly takes its viewers to a foreign island in Thailand and opens up a small restaurant there, where the cast cooks and serves food to customers.

Some elements that Korean viewers found especially frustrating were that the kitchen on the Chinese series had almost the exact same interior as the original show and the fact that Chinese actress Wei Zhao was wearing a bandana, which was a notable accessory for Jung throughout the Korean series, becoming a local fashion trend this past summer.

Though the director of “Zhong Can” denied the claims of plagiarism during a press event in August, saying “opening a restaurant abroad is an item that anyone can think of,” Korean viewers claim that it is difficult to describe such remarkable similarity as a coincidence.

Regarding this issue, producer Na Young-seok, who is behind many of the hit reality shows that have been copied in China, including “Youn’s Kitchen” and “Three Meals a Day,” said he would “certainly feel unpleasant” if Chinese broadcasters had truly plagiarized the programs.

“Trying to imitate [a format] is more difficult. If they purchase the format, we could tell them even the little details. Please purchase the original format,” said Na during a press conference held in June while promoting the reality show “Dictionary of General Knowledge That is Useless to Know.”

There is a long list of Korean shows that China’s TV networks have been accused of plagiarizing over the past few years, such as audition programs “Produce 101” and “Show Me the Money,” as well as reality shows “Three Meals a Day,” “Infinite Challenge” and “Hello Counselor.”

Recently, the issue of Chinese television plagiarizing original Korean content has extended to the realm of dramas. The target is tvN’s legendary series “Reply 1988,” which premiered in Nov. 2015.

Scheduled for release in December on Anhui TV, the upcoming Chinese series translated as “We Are Adolescents” will be similarly set in the 1980s, telling the stories of young people of the era, centering on families and neighbors. Cable channel tvN denied having sold the copyright of the drama.

“We can’t be sure whether the upcoming Chinese drama will be an imitation until it goes on air, but we have requested [the Chinese network] not to pursue similar marketing strategies,” said Kim Ji-young from CJ E&M, which owns tvN.

“[China’s] plagiarism has long been an issue. But even if we take a legal approach, the legal procedure takes too much time, and the program ends up being finished before the ruling.”

Whether China’s continuous imitation of Korean programs should be taken seriously is a topic that is heavily debated in the entertainment industry, especially since some argue that Korean entertainment shows back in the 1990s and early 2000s also followed programs from abroad.

“Copying a show’s format without purchasing the rights is like stealing,” said culture critic Ha Jae-geun.

“In the past, [when Korea actively referred to entertainment shows from abroad], there was no official market for purchasing property rights for cultural contents. But the market for transaction was created in the 2010s. Plus, in the era where people from everywhere can view any content online, following the format without permission is stealing.”

“Unless foreign entertainment programs violated the rights [of the celebrities starring on the shows] or stole the brand, it can’t be labeled plagiarism because pop culture is about sharing similar ideas,” he said.