Another year without a Nobel

Another year without a Nobel 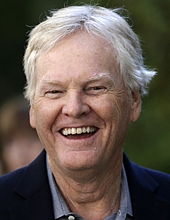 Once again, no Korean made the list of Nobel Prize winners in science. The only consolation was that people were not as interested, as the prizes were announced during the Chuseok holiday. While producing Nobel Prize winners in science fields does not directly indicate the level of scientific advancement of a nation, many Koreans feel their pride hurt this time of the year, considering Korea’s economic size.

On Oct. 2, I was at the news conference at the Rockefeller University’s New York Campus as Prof. Michael Young was awarded the 2017 Nobel Prize in Physiology or Medicine. He is one of the three scientists who discovered the “molecular mechanisms controlling the circadian rhythm,” explaining why we feel sleepy at night and alert in the morning.

Young said that they only revealed 1 percent of the secret. He was being modest, but after all, that 1 percent led to the Nobel Prize many Korean scientists aspire to win. While the development of science cannot be measured in numbers, there are quite a few scientists who have discovered 1-percent secrets in various fields in Korea. However, there is a tremendous difference between 1 percent more when 10 percent of total knowledge has accumulated in a certain field and 1 percent more on top of 90 percent.

In 2002, I was invited to cover the Nobel Prize award ceremony in Stockholm. It was the world’s biggest festival of knowledge. A high-level figure associated with the Nobel Committee advised that among many critical factors, human networking was especially important for the Nobel Prize. In other words, writing an outstanding paper is not enough. It is a default for most candidates.

The importance of networking suggests the value of influence in the process of the committee’s candidate selection. Maintaining solid relationships with the big guys in science can make a difference. Japan has long made efforts to build a network with the Royal Swedish Academy of Sciences and has attained enviable outcomes.

When I met former Kaist President Seo Nam-pyo in Boston several months ago, he said establishing networks was necessary. “Korea had been considered a frontier caught among powers like China, the United States and Japan,” he said. “But now, we need to pull Korea to the center.” The internet and direct flights make Korea’s central presence possible. When outstanding talents are invited, they will become Korea’s assets and Korea will be able to stand at the center of the world. The only obstacle will be time.

Korea’s central presence is also linked to leadership in science. Nobel Prizes in sciences are not awarded to scientists who are engrossed in research in the lab. Instead, the honor mostly goes to leaders of mega projects that require collaboration.