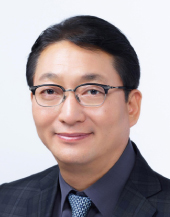 AmorePacific announced a reshuffle of the company’s top executives Tuesday, including the appointment of a new president.

The new head of Korea’s largest cosmetics giant is Ahn Sae-hong, who previously served as the president of Innisfree - one of AmorePacific’s most lucrative sub-brands. Ahn joined the group in 1986.

Kim Young-mock stepped in the vacant seat to head Innisfree as the Senior Vice President. Jessica Hanson was also promoted to president for AmorePacfic’s U.S. corporation. Hanson has experience working for L’Oreal and Sephora.

AmorePacific’s reshuffle among senior executives came faster than others. The company explained in a statement that the quick decision was made in order to find a breakthrough in the uncertain business environment.

It also added that the company’s focus for the upcoming year would be on the development of e-commerce sales as a way to lead in the domestic market and put a focus on the U.S. market globally.