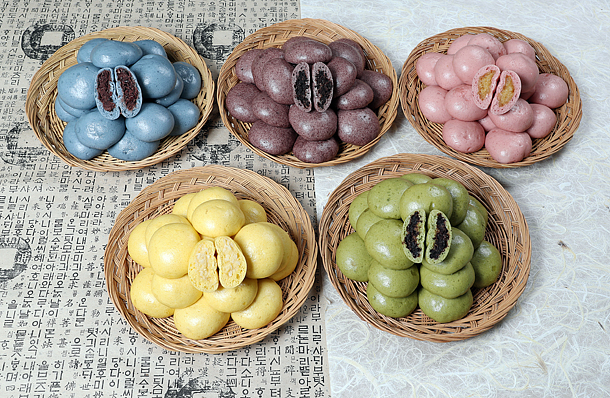 Anheung Steamed Bread Festival Committee on Tuesday introduces the new versions of Anheung’s trademark home-made steamed bun products, released in five colors to commemorate the 2018 Olympic Games to be held in Pyeongchang, Gangwon. The new variations are released in time for this year’s festival that kicks off on Friday in Anheung Steamed Bread Village in Gangwon. [YONHAP]