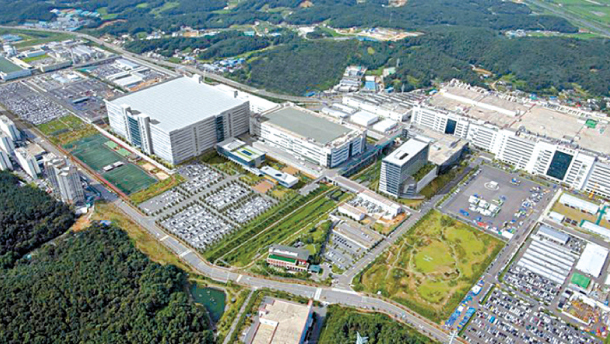 As the Korean government is reluctant to give LG Display permission to build a new factory in China, smaller local suppliers are struggling to plan for the next year as so much of their expected profit remains undetermined.

A Korean manufacturer of wet etchers, used to make circuit boards for organic light emitting diodes, were expecting to supply about 70 billion won ($61.5 million) worth of etchers to an LG facility scheduled to be built in Guangzhou, China. The contract alone is worth more than one sixth of the company’s total annual revenue. However, as the Ministry of Trade, Industry and Energy has shown reluctance in approving the new factory, the etcher maker is having trouble finalizing its business plan for the next year.

“If construction of LG Display’s factory is canceled, we lose the chance of earning tens of billions of won and we would also have to forego our plan to hire 130 new employees,” a 48-year-old sales officer from the etcher making company told the JoongAng Ilbo.

The Trade Ministry’s delay in approving LG Display’s new facility is largely impacting businesses of small and mid-sized enterprises, which altogether were expecting to reap in at least 4 trillion won from the project. LG was expecting to inject at least 5 trillion won into supplying the necessary equipment and parts to set up a factory in Guangzhou.

Even after the factory is completed, the partners were looking forward to earning a combined 1 trillion won annually for facility maintenance. Without the new facility, all these sources of profit are gone for domestic suppliers.

“About 70 percent of the production equipment for LG Display is supplied from domestic small and midsize enterprises,” a source from the display equipment industry said. “Building a new factory in China has a trickledown effect for domestic partners of the conglomerate.”

Ostensibly, the ministry cited a potential technology leak as its reason for asking LG Display to reconsider its plans. Companies have to earn approval from the Trade Minister for building overseas production facilities related to key technologies such as semiconductors and OLED. This is why the Trade Ministry holds the key to the Korean display maker building a facility in China. The ministry, however, is maintaining the investment is open to risks, especially since the construction is funded jointly by LG Display and the local government of Guangzhou.

“For an in-depth discussion over LG Display’s new investment in China, we are forming a separate subcommittee composed of experts in the display business,” said Lee Min-ho, deputy director at the Trade Ministry. The ministry said that the final decision will be made after a thorough discussion from the newly formed subcommittee. 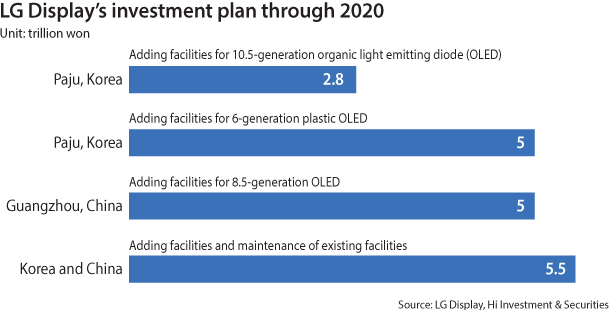 Industry insiders, however, are not buying the ministry’s reasoning.

“Until now, screening related to a potential technology leak had been completed within 45 days after the case is officially registered with the Trade Ministry,” an industry source said on the condition of anonymity. “Considering the government decided to set up a subcommittee only recently, though the project was registered at the end of July, it just shows how much our government is reluctant to allow conglomerates to invest abroad.”

Another industry source added that since the Moon Jae-in administration put forward “job creation” as its top priority, it tends to limit any business activity that could hurt job creation in the domestic market.

Industry analysts say there is a low chance of a technology leak even though LG Display will fund the facility along with the Guangzhou government as LG takes a 70 percent stake while the Chinese government will only get 30 percent. Also, no Chinese citizens will be taking on managerial roles in the facility.

“Samsung Electronics and SK Hynix have been producing semiconductors in China, but the technology level of Chinese chipmakers is still far below Korean companies,” said Jung Won-suk, a research fellow from Hi Investment & Securities. “We can’t directly link construction of a facility in China with technology leakage.”

On LG Display’s side, it emphasized there is no other way to expand production of large OLED panels for televisions other than building a new Chinese factory.

“There is not enough land space to add a new factory in our Korean facility in Paju, Gyeonggi, and it takes about 5 to 10 more years to find new land and build up a factory,” a spokesperson from LG Display said. “We take orders about six months to a year early to produce TV OLED panels and this means the later it gets for us to build a new factory, the higher the risk of us losing the customers we have already secured.”

Experts in the display industry advise that the government needs to decide quickly as the display business is generally linked with many parts suppliers as well as finished goods manufacturers.

“A country’s core technology like OLED must be managed under strict guidelines to prevent technology leaks. As [the project] has a large influence over the industry, the government should not delay in making its final decision for long,” said Lee Chang-hee, a professor at Seoul National University’s Department of Electrical and Computer Engineering.