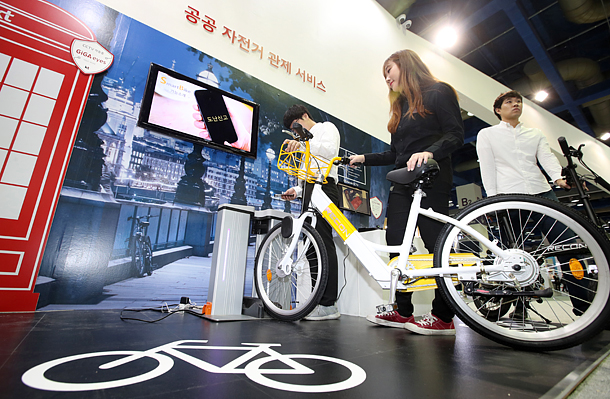 A KT employee demonstrates renting an electric bicycle using a QR Code during the IoT Korea Exhibition & International Conference 2017 held at COEX in Gangnam District, southern Seoul, Wednesday. Other major IoT developers including SK Telecom and LG U+ demonstrated their latest IoT technologies during the exhibition that will be held through Friday. [YONHAP]