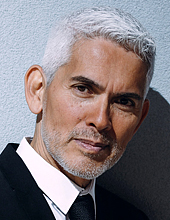 Kia Motors recruited yet another designer from a global carmaker in its effort to attract more Chinese consumers with appealing designs.

The carmaker said Wednesday that it has recruited Oleg Son, a former design chief at French auto giant PSA Group who was in charge of its Chinese strategic models.

This is the fifth time this year that Kia and its sister companies Hyundai Motor and Genesis have recruited famed designers from around the world to boost its design identity.

Son, who will join Kia Motors as executive director from November, will work under Peter Schreyer, president and chief designer at Kia, and Yoon Sun-ho, vice president and head of Kia Design Center.

“Son’s experience in working for PSA’s Chinese lineup as well as his passion for the local market had a positive influence in Kia Motors selecting him to take charge of our Chinese car design,” Kia Motors said in a statement.

Son’s experience of being in charge of PSA’s premium DS brand will also have a positive influence in grabbing the interest of Chinese consumers who have a taste for extravagant and luxurious design, Kia said.