‘We have to do away with all our political selfishness’

‘We have to do away with all our political selfishness’ 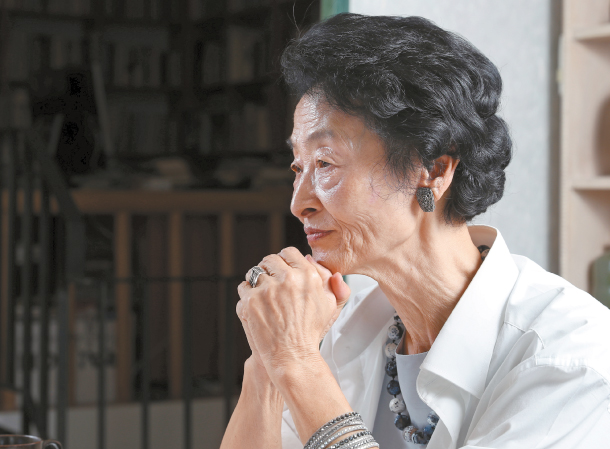 The Korea Kindergarten Association, joined by over 80 percent of the nation’s private kindergartens, caused immense stress for parents of young children last September when its members repeatedly threatened to go on strike if the government did not stop public kindergarten expansion.

Q. Any general comments on the kindergarten crisis?

A. We don’t know when the sparks will reignite. The children are going to suffer the most if kindergartens close down. But in mid-September, private kindergartens were busy playing the victim and no one, including the parents, paid attention to the position of the children. The ministry of education was only focused on quenching the fire. I regret not having been more active during the crisis.

What did the private kindergartens want?

They had three demands. They requested an end to the expansion of public kindergartens, greater financial support and the easing of governmental regulations. They should have made a demand that addresses the core of the problem, but their methods were sloppy. They were mistaken in believing that they would get their way if they protested in front of the National Assembly and Gwanghwamun Square. Out of the 4,291 private kindergartens in Korea, 3,500 belong to the Korea Kindergarten Association. Also, there was no clear plan and the Association was disorganized. I am not trying to take sides. We have to give credit to the private kindergartens for laying the groundwork of early childhood education during the past century when the government was apathetic. I am just saying that we should brainstorm how to educate children in this new era of the fourth industrial revolution.

Is there a problem with the current kindergarten system?

Let’s look at the statistics. There are a total of 9,000 kindergartens in Korea where 70,000 children aged three to five receive education. Of these, 4,694 are public and 4,291 are private. Though public kindergartens are large in number, many are located in small fishing and farming villages. Only 17,000 (24%) of total kindergarten students attend public kindergartens, in contrast to the 53,000 (76%) who attend private ones.

How does Korea’s public-private kindergarten student ratio of 24:76 compare with world levels?

The average public-private kindergarten student ratio for Organization for Economic Cooperation and Development (OECD) countries is 69:31. Korea is far behind. That’s why the current administration pledged to increase the ratio of public kindergartens to 40 percent by 2022, and thereby strengthen responsibility and fairness in early childhood education. The “clash of the century” broke out as the government was trying to follow through on its promise.

What do you mean by the clash of the century?

I am referring to how the past hundred years of kindergarten education are clashing with the next hundred years. To understand what I’m saying, you have to know the history of Korea’s kindergartens. Kindergarten-level education first came into being when rich Japanese merchants in Busan tried to educate their children in 1897. But that was only reserved for Japanese children. Korean kindergartens were first set up by the Ewha missionaries who established many educational institutions in Korea for the purpose of evangelism. Brown Lee, an American missionary, opened the first kindergarten in Korea and visited wealthy and lower-class families requesting them to send their children. But no parent was willing, fearing that the “blue-eyed ghosts would steal the children’s soul.” The only children that the missionaries could find were orphans from the streets, whom they then clothed, fed, washed and taught. The Chungdong kindergarten (now Ewha kindergarten), which was located at the Jensen Memorial Center behind Chungdong Church, is the ancestor of today’s kindergartens in Korea.

Should the government increase the number of public kindergartens?

As an OECD member nation, we should follow the international trend of taking up greater governmental responsibility. But when the government planned to establish public kindergartens regardless of the troubles faced by private kindergartens, the latter were understandably angry as they had been the ones to lay the groundworks of Korea’s kindergartens. We need a forward-looking policy that allows both the public and private kindergartens to grow.

Of course. Like wild grass, private kindergartens had been taking root anywhere they pleased. They’re unfamiliar with budget planning and financial accounting. But it is time for them to step up their game and formalize their operations. Due to the nature of the system, the public officials in charge of kindergartens rotate too frequently, and don’t provide them with the education necessary to conduct adequate financial accounting and budget execution. The private kindergartens need to receive this basic education to increase their competitiveness.

This year’s fertility rate is 1.03, and the number of new-born babies is projected to be an all-time low of 350,000. What will be the future of early childhood education?

If we don’t solve the problem of low fertility rates, half of all private and public kindergartens could close their doors within a decade. If this trend continues, we will see the numbers hit rock bottom in 2050. The early childhood education departments in universities will suffer, and many school inspectors, directors and teachers will lose their jobs. We have to plan a road map to 2050 that will prepare us against the low fertility rates. Using big data, we have to design a system that will be able to catalogue kindergartens according to region and type, listing their accommodation capacity, number of current students in attendance and number of children by birth year.

What do you think is the ideal ratio of private to public kindergartens?

In the United States, people complained that there would be no diversity between the wealthy and the middle class if 100 percent of all 5-year-olds received the same free education. Every time there is an expansion of public schools, the issue of diversity is raised. They are right to do so. It is necessary to give the decision-making power to parents. The public to private ratio should be maintained at 7:3 at least.

There are 700,000 kindergarten students aged three to five, and 620,000 children in the same demographic who are attending day care centers. Why aren’t these 1.3 million children managed together?

91 percent of 3-year-olds, 94 percent of 4-year-olds and 95 percent of 5-year-olds are either attending a kindergarten or a day care center. These are world-class figures. But the ministry of education manages kindergartens, and the ministry of health and welfare manages day care centers. That is the contradiction. To unite early childhood education under one system, we have to do away with all our political selfishness and demonstrate unwavering principles. Finland and Sweden, who had managed early childhood education and day care centers through their welfare department for one hundred years, successfully transferred management to the ministry of education. It is the government’s responsibility to develop the children’s creativeness and character. The OECD countries are moving in this direction.