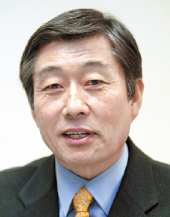 Quarantine authorities are on alert over red fire ants (Solenopsis invicta), which were first found in Korea on Sept. 28, measure 3.5 millimeters (0.137 inches) and possess lethal venom. Authorities are currently focused on finding the queen to prevent further the spread of any colonies. One queen can live up to seven years and produce colonies containing up to 250,000 ants.

With no discovery of the queen ant after 10 days, the government has suggested it may have died. But some say it is too early to know for sure, as the queen may have spawned virgin queens that then mated with drones (males) and formed new colonies outside Busan port, the initial site of discovery. This could mean there are now multiple queens. JoongAng Ilbo, an affiliate of Korea JoongAng Daily, interviewed a Korean expert in ant studies, Kim Byung-jin, honorary professor at the department of life sciences in Wonkwang University.

Q. Is it possible that the queen has already died?

A. Since the dead body of the queen has not been found, it is too early to know. The point of quarantine is not about finding the queen. What matters is determining when the queen of the ant colony, found at Kamman Terminal in Busan port, entered Korea.

Why does the timing matter?

Assuming the queen spent the summer in Busan, it is likely to have spawned virgin queen ants that mated with drones, creating numerous colonies. The colony at Kamman Terminal demonstrates that red fire ants successfully adapted to the local environment. Young queens have wings and can ride on wind to travel great distances. If they entered Korea last year, the situation is even more serious.

Does that mean it is possible the young queens flew outside Busan port to make new colonies?

Ants do a mating flight. The young queens leave the colony to mate. This is from May to June, when the weather is warm. As they unleash pheromones, it arouses drones to follow them. The mating happens during the flight. Afterward, a new colony is made.

But didn’t the Animal and Plant Quarantine Agency, based on the investigation of inland container depots at places such as Uiwang, Gyeonggi, say the spread of red fire ants has not been confirmed in areas besides Busan port?

A close investigation will easily determine the spread of red fire ants in open environments like ports or container depots, but how could we find the colonies if they were made on a mountain near Busan port? The queen is 8 to 10 millimeters. Moreover, the weather will get colder. The queen will dig many meters into the earth to lay eggs. By spring, these ants could spread like fire.

Originating from South America, red fire ants arrived to Florida in the 1930s, attached to the lumber in a cargo ship and spread to other areas. There is an analysis that suggests the ecosystem in Texas and California was devastated by red fire ants, which wiped out two-thirds of local ants. The red fire ants have attacked livestock like cows and blinded them, not to mention killing people. American quarantine authorities have spent much to prevent the ants from spreading.

How did these ants enter the domestic soil?

There was a case in November 2004, when red fire ants were discovered in China’s Guangdong province. The quarantine authorities there stated that the ants came from Taiwan via recycling waste. Afterward, the ants spread to Hong Kong. I believe the ants arrived from China by ship or plane.

How should we quarantine?

Red fire ants form large colonies, growing in masses. Their numbers could reach up to 300,000. The danger comes from the fact that they possess lethal venom. This is why they are called “killer ants.” A professional quarantine task force that includes an ant expert needs to be formed immediately. Aside from the past tracking of containers, a thorough investigation of possible areas beyond Busan port should take place.