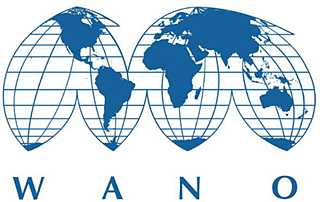 Logo of the World Association of Nuclear Operators.

The World Association of Nuclear Operators will hold its biannual general meeting in Gyeongju, North Gyeongsang, starting on Saturday, bringing together nuclear power experts from around the world, but unlike the fanfare with which the government greeted the bid when Korea won in 2014, the lead-up to the event has been relatively subdued.

Around 700 people will attend the seven-day event at the Hico Convention Center in Gyeongju, which houses one of several nuclear power plants in the country. Participants will discuss how to advance nuclear power technology and “maximize the safety and reliability of nuclear power plants worldwide” through “exchange of information and emulation of best practices,” according to the organization’s website. The biannual event is sometimes referred to as the “Nuclear Power Olympics” for the scope of expertise and ideas presented.

Korea won a bid to host the event in 2014, beating out Pakistan. The feat was lauded by the Park Geun-hye government at the time, with the organizer, Korea Hydro and Nuclear Power, pledging to use the meeting to boost the international community’s trust in Korean-built nuclear power plants.

But in contrast to the attention paid to the bid three years ago, Korea Hydro and Nuclear Power has kept a relatively low profile this year, with few public relations activities conducted in the run-up to the meeting. The country’s energy and trade minister, Paik Won-gyu, said he would skip the event, saying it would be “unprecedented” for a cabinet member to attend the meeting, an excuse that critics see as a cover.

Many believe the turn in enthusiasm stems from the current administration’s opposition to nuclear power. President Moon Jae-in has vowed to wean the country off nuclear and coal energy for safety and environmental reasons. Under his watch, plans for six new nuclear power plants have been scrapped, and the construction of two reactors has been suspended while a commission deliberates on whether the project should continue.

Critics, including opposition lawmakers, say that choosing not to actively publicize the event will cause Korea to miss an opportunity to export its nuclear reactor technology and draw “international ridicule,” according to one lawmaker.

The World Association of Nuclear Operators was founded in 1989 and comprises 122 agencies from 34 countries. Korea Hydro and Nuclear Power is a member.