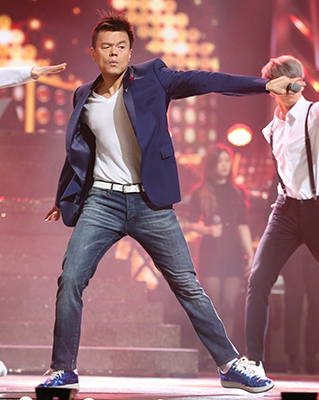 Singer and producer Park Jin-young of JYP Entertainment will release a new R&B ballad track on Monday, according to an Instagram post from the artist on Thursday.

In the first week of December, he will release a dance track and from Dec. 8 to 31, he will head out on the “Blue and Red” national tour, making stops in Seoul, Gwangju and Daegu.

The track that will be released on Monday will be part of the “Blue” portion of the concert, and the dance tune will be performed during the “Red” portion.

On his Instagram, Park said that the new “Blue” track will be an upgraded version of the tracks “Love Has Left Again” by Lee Ki-chan and “I Love You” by Kim Jo-han. He then added that it is a duet song with his favorite female singer.