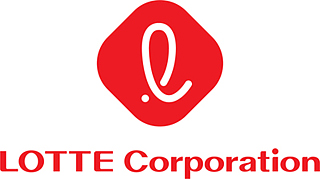 The initiative to create a more transparent management structure came about in 2015 when Chairman Shin Dong-bin and his estranged older brother Shin Dong-joo began a bitter ownership battle over the group’s Korean business.

“The establishment of a holdings company structure is a big step for the company, reassuring the public of Lotte’s promise to show innovation and transformation,” said Hwang Kak-gyu, head of the group’s corporate innovation office at a media event held Thursday at Lotte World Tower in southern Seoul.

Hwang is one of the two heads of Lotte Corporation, alongside Chairman Shin Dong-bin.

Lotte Corporation has assets worth 6.4 trillion won ($5.65 billion) and capital of 4.9 trillion won. It has a total of 42 Lotte subsidiaries under its wing - almost half of the group’s 91 affiliates. The number goes up to 138 with foreign offices included.

The reshuffle cut down the chain of cross-shareholding across affiliates from 50 to 13 - an achievement Lotte believes has increased management transparency. According to Fair Trade Commission law, Lotte has to resolve the remainder in the following six months.

Composed of around 170 employees, Lotte Corporation’s role in the group will be confined to investment purposes. Management decisions regarding business operations will be left to each affiliate. The holdings company will provide business assessments and also look into future business opportunities including M&As.

Its main revenue source will be dividends from the shares it owns and loyalty fees collected from affiliates for using the Lotte name.

Lotte Corporation will be traded on the stock market starting from late this month.

For Chairman Shin, who has a 13 percent stake in the new holdings company, this new structure will strengthen his ownership over the Korean business, as a more linear ownership structure gives him more power than owning affiliate shares through cross-shareholding. The share of the Japanese arm of Lotte Holdings in the company is smaller, at 4.5 percent.