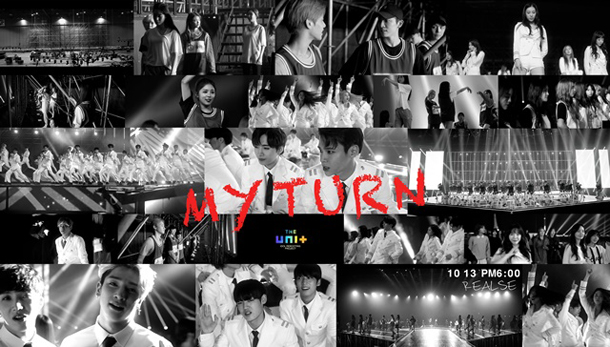 KBS2’s idol reboot project, “The Unit” is scheduled to kick off on Oct. 28 and to stir up interest, the network released a music video from the show’s participants for the song “My Turn” on Friday.

“The Unit” aims to creates collaborations between teams of former and current idol group members.

“My Turn” was performed by all 126 participants of the upcoming show.

Famous producers such as songwriter Kim Ea-na, who is known for writing IU’s “Good Day” and Younha’s “It’s Okay”, Black Edition and Yang Gang collaborated in the creation of the track.

Meanwhile, singer Rain, Sunmi of Wonder Girls, Hyuna formerly of 4Minute, and Hwang Chi-yeul and Jo Hyun-ah of R&B trio Urban Zakapa have been selected as mentors of the show.