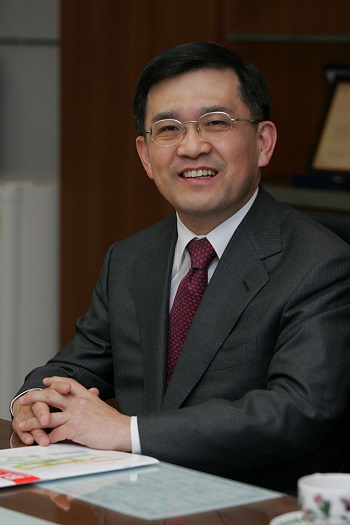 Kwon Oh-hyun, the Samsung Electronics vice chairman and CEO who led the company’s profitable semiconductor business, announced his resignation on Friday, the same day the company reported record quarterly profit on the back of its component manufacturing.

The abrupt departure of Kwon, who had been acting head of the tech conglomerate since its de facto leader, Lee Jae-yong, was detained for a bribery trial, throws Samsung into yet another leadership vacuum.

Lee’s father, Lee Kun-hee, who still retains the chairman title, has been bedridden since 2014 due to health problems, and Lee Jae-yong was sentenced to five years in prison in August for bribing former President Park Geun-hye. His lawyers are currently appealing the conviction.

Kwon is stepping down as head of Samsung Electronics’ device solutions division, which includes the semiconductor business, and will not seek re-election as a member of the company’s board when his term ends next March. Kwon is also leaving his position as chief executive of Samsung Display, which he has held since 2016.

"It is something I had been thinking long and hard about for quite some time,” Kwon said in a statement. “It has not been an easy decision, but I feel I can no longer put it off. I believe that time has now come for the company to start anew, with a new spirit and young leadership to better respond to challenges arising from the rapidly changing IT industry."

While expressing concern that the company was “confronted with unprecedented crisis inside out,” alluding to the conviction of its leader, Kwon said he hopes his resignation can be a good opportunity for the company to turn things around and make bold attempts at innovation.
“[Samsung] has been showing record performances,” Kwon said. “However, what we see is just the outcome of past decisions and investments.”

With members of the founding Lee family gone from management, major decisions on investment and internal reform have been put on hold. Kwon’s departure from Samsung makes way for a new management that can finish the company’s delayed reshuffle of its top executives.

Still, Kwon’s announcement was unexpected, especially with the company making record profit from its semiconductor business, and the group is now left without a leader.

“Kwon himself might have thought over the issue for a long time,” a Samsung spokesperson said, “but the notice itself was a surprise internally as well.”

Although Kwon announced his intent to resign, he will serve the company until his successor is found and new management is set.
Kwon is expected to deliver his letter of resignation to Lee Jae-yong and the board of directors soon. He will also recommend a successor for his position, a Samsung spokesperson said.