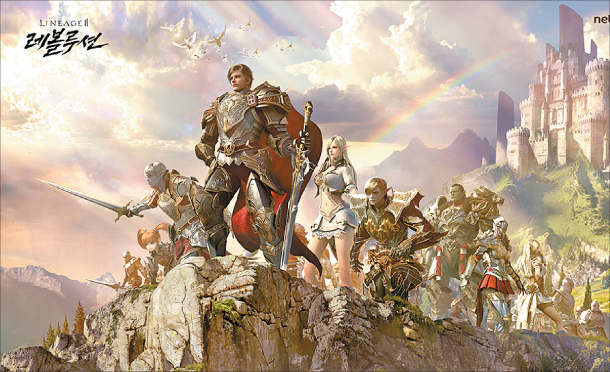 Netmarble Games, Korea’s leading mobile game developer, is gearing up to launch Lineage 2: Revolution in markets around the world.

According to Netmarble on Friday, the number of preorders from countries outside of East Asia exceeded one million as of Thursday, just a month after the developer began accepting them on Sept. 13. The company is set to launch the game before the end of the year in 54 different countries in regions such as North America and Europe.

Lineage 2: Revolution is a mobile multiplayer online role-playing game released last December by Netmarble and based on the Lineage series by NCSOFT. Netmarble acquired the rights to produce content related to the series on the mobile platform. The game broke records in the Korean gaming industry, including the number of preorders, which reached 3.4 million. This figure was later beaten when NCSOFT released Lineage M, a mobile multiplayer online role-playing game of its own. In the second quarter of this year, Netmarble raked in nearly 200 billion won ($177 million) through Revolution alone.

The pace by which gamers around the world are signing up for Revolution before its official launch has outpaced the Japan launch in August, where it took Netmarble 90 days to pass the one million threshold.

“This is significant for us because in the case of Southeast Asia [where it took 16 days for the game maker to hit one million] we have local subsidiaries in countries such as Thailand and Taiwan,” said a manager from Netmarble. “A lot of gamers there have played Netmarble’s games before or heard about us. We also have a certain level of reputation in Korea whereas we are not very well known in places such as North America.”

While analysts speculate that Netmarble will roll out Revolution in China by the end of this year, the game maker has yet to announce any specific plan, raising speculation that the release is postponed due to geopolitical tensions between Beijing and Seoul. Starting earlier this year, the Chinese government has imposed unofficial sanctions on Korean businesses in China, while local consumers have boycotted Korean products sold there following Seoul’s decision to deploy a U.S.-led antimissile system that Beijing considers to be a security threat. Netmarble, however, said the launch of the game in China is yet to be officially announced because the company and its local partner are working on fully localizing the game.

“It’s too early to tell when exactly we will launch Revolution in China yet,” said the manager from Netmarble. “We are trying to approach the Chinese market with a different build [a version of the game that’s tailor-made to target local players].”