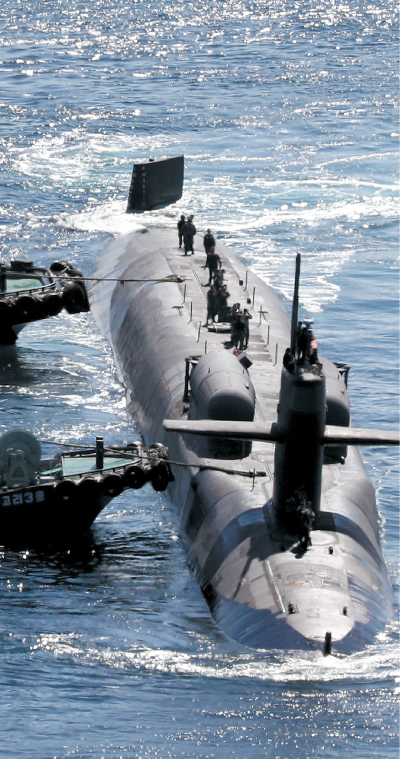 The USS Michigan, an Ohio-class guided-missile nuclear-powered submarine, arrives at the southern port of Busan as part of a regularly scheduled deployment to the Western Pacific. Reportedly armed with over 150 Tomahawk tactical missiles, each with a range of around 2,000 kilometers (1,243 miles), the 18,000-ton Michigan is one of the largest submarines in the world and is capable of precisely striking North Korea’s core facilities in support of Special Operation Forces missions. [YONHAP]