The addition of democracy

The addition of democracy 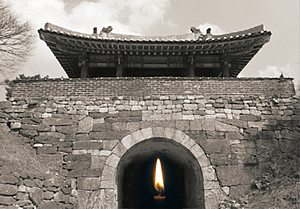 Political scientists, filmmakers and writers may be potential rivals as they all deal with history, politics and power. But the influence of a social scientist is no match for an acclaimed director or writer. An academic paper I write may be read by dozens of people in the same field, but “The Fortress,” a film about the Second Manchu invasion of Korea in 1636, quickly drew more than 3 million viewers. “The Fortress” inspired the classic discussion of war and peace, division of the elites and the lives of the people, and as a political scientist, I would like to add a few thoughts.

“The Fortress” is so talked about because the background of the Manchu invasion reminds us of the situation that Korea is in today, caught in the political machinations of powers. However, I see a critical difference between the Joseon Dynasty in the transition from Ming to Qing in China and today’s Korean society.

Beyond the fact that Korea has become the 11th largest economy in the world and provides core parts in IT industries worldwide, we have attained democracy as a system where citizens have the will to defend our way of life and community.

We need to look at how the painful history of the Manchu invasion overlaps with the latest circumstances. Firstly, the power balance in international politics demands Korea make a difficult choice. “The Fortress” depicts a painful part of history, when Qing’s Hong Taiji led the troops and raided the capital of Hanyang. The Qing Dynasty rose in Manchuria, and before defeating Ming on the continent, it attacked Joseon first to strengthen its power.

A storm of power transition is rolling through East Asia today. As China emerged as the second power and the United States advocates a “pivot to Asia,” we experience the solemn reality that the center of the storm is the Korean Peninsula. As the ancestors witnessed the power transition from Ming to Qing in the 1600s, we now have to closely watch how long the United States will maintain its overwhelming dominance in military, social vitality, will and economic strength and whether the United States and China will pursue cooperation or destruction in the course of transition. The Thaad controversy and China’s retaliation may have only been a prelude to a greater storm.

The second common factor is the division of political elites. Just as Choi Myung-gil’s theory of avoiding war and maintaining peace and Kim Sang-heon’s theory of driving out the enemies at once could not narrow the difference, the four-party system in Korea today is deeply divided.

As Korea is faced with difficult choices of nuclear armament, redeployment of tactical nuclear weapons and the nuclear umbrella of the United States, the ruling and opposition parties have not been able to narrow the gap of discord and confrontation at all.

As we address the chronic illness of division among elites and the weight of power dynamics in international politics, pessimism may become more tempting. However, there is a critical difference between today and the Ming-Qing transition in the 17th century. It is the power of democracy that Koreans have treasured for decades. Democracy is not a mere system protecting citizens’ liberty from arbitrary state power and oppression. It is also a system that allows citizens to control the political elites engaging in power strife. Last winter, people held the corrupt president who does not work for the citizens accountable with candlelight protests, and democratic accountability is alive in Korean democracy.

In other words, democratic citizens can judge the political elites encouraging division and discord before the gigantic storm of power transition. People are closely watching who is encouraging the Thaad controversy into greater division, which party is using the North Korean nuclear threat to encourage internal division and which politicians refuse and ridicule serious communication.

Another critical force of democracy comes from the sense of sovereignty that people have. Democracy literally means “rule of the people,” and its fundamental power is the sense of ownership that people have as they engage and participate in issues of the community. People’s sense of sovereignty and ownership is different from a blacksmith representing the commoners who deride the aristocratic elites in the movie “The Fortress.”

What defends Korea from the storm of international politics is not high-tech weapons but the strong willpower to protect our community. And the willpower works the best in a democratic system. As history has shown many times, the power of will can triumph the power of weapons.

*The author a professor of political science at Chung-Ang University.