Power to the people

Power to the people 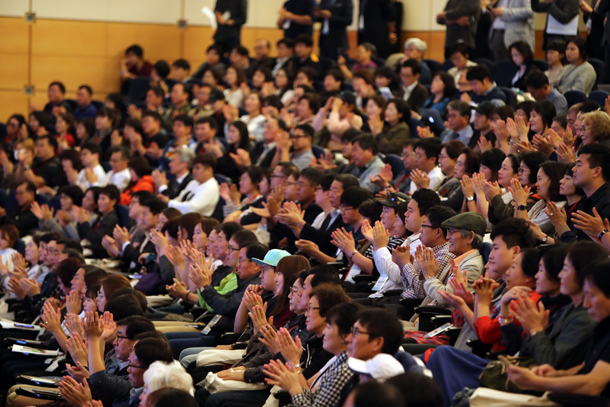 A total of 471 members of the “citizens’ participation jury” applaud at the end of a three-day camp in Cheonan, South Chungcheong, on Sunday to decide on the future of a suspended project to built two nuclear reactors. They worked together with an independent panel to consider President Moon Jae-in’s proposal to abandon the Shin Kori 5 and 6 reactors in Ulsan to reduce the nation’s dependence on nuclear energy. The results will be reported to the government on Oct. 20.