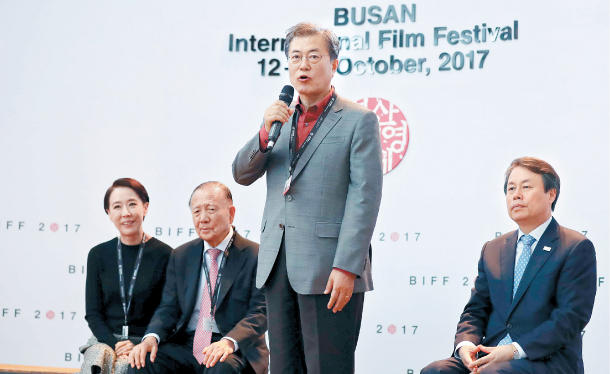 President Moon Jae-in speaks to attendees at the 22nd Busan International Film Festival (BIFF) on Sunday, accompanied by Culture Minister Do Jong-hwan, far right, at the Busan Cinema Center in Haeundae District, eastern Busan. This is the first time a Korean president has visited the film festival, which kicked off Thursday for a 10-day run. Moon watched the Korean film “Missing,” which depicts the social challenges facing women, met with film students, filmmakers and industry officials and pledged to not interfere in the arts. [YONHAP]