A lack of vitality

A lack of vitality 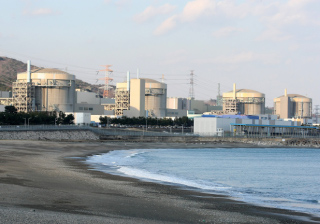 During a summer trip to Gyeongju in August, I visited the Wolseong Nuclear Power Plant Information Center in Yangnam, North Gyeongsang. It was at the height of friction as the Moon Jae-in administration declared a nuclear power phase-out. The main entrance of the two-story building had a sign that read “Clean Green Energy.”

I arrived a little after the opening at 9 a.m., but no one was there. The lights in the exhibition hall were off. After waiting a while, I had to call someone. A staff member came and turned the light on and showed little willingness to promote the project. Inside, the exhibition hall was humid and hot, and I left after browsing for half an hour. There were signs protesting nuclear power around the Korea Hydro and Nuclear Power headquarters at the foot of Mt. Toham.

When your work is praised, you are encouraged and motivated. If your work is denounced, you get discouraged and exhausted. As I met the dispirited staff at the information center, I thought he wouldn’t have the motivation to be enthusiastic, as the nuclear power plants are under criticism.

When I visited Doosan Heavy Industries, the manufacturer of the nuclear power facilities in Changwon, South Gyeongsang, in June 2009, I witnessed vitality. The employee who guided me around the plant highlighted the excellence of Korean nuclear power plants, showing me the silver turbines. This was when Korea was competing against the United States and France for the UAE contract. Then-French President Nicholas Sarkozy had the president of Areva, French nuclear company, accompany him on his visit to the UAE. In December 2006, Korea won the contract with $20 billion in construction costs.

The International Atomic Energy Agency projects that the global market is expected to grow to 300 trillion won ($266.2 billion) by 2030, and it is a market we do not want to miss. The World Association of Nuclear Operators’ biennial general meeting is held from Oct. 14 to 17 in Gyeongju, and is attended by over 700 industry insiders. The government may support exports and promote excellence in Korean technology, but not many would believe it.

Article One of the Nuclear Energy Promotion Act states, “The purpose of this Act is to provide for matters concerning the research, development, production and use of nuclear energy to contribute to enhancing people’s lifestyles and welfare by facilitating the advancement of academic research and industrial development.” It is the government’s duty to promote the nuclear energy industry. It should take action, not spread slogans. The National Archives published “The Republic of Korea in Records and Themes” and chose nuclear power as one of the items that show Korea’s excellence, along with semiconductors. It was published during the Park administration, but is still valid.