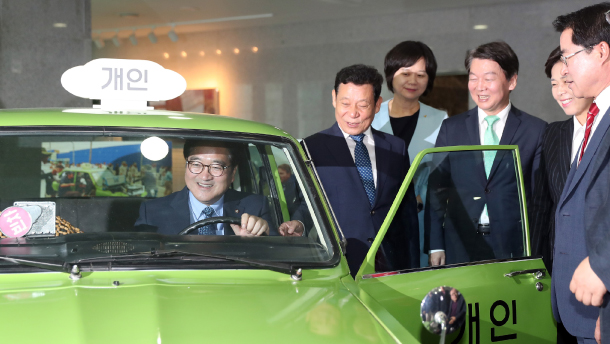 Woo Won-sik, floor leader of the ruling Democratic Party, sits in the taxi that was used in the movie “A Taxi Driver” in the National Assembly on Monday. A photo exhibition on Jurgen Hinzpeter, a German journalist who filmed and reported on the Gwangju massacre in May 1980, was held in the National Assembly. The film “A Taxi Driver” tells the true story of a taxi driver taking the German journalist to the center of the Gwangju pro-democracy uprising. [YONHAP]