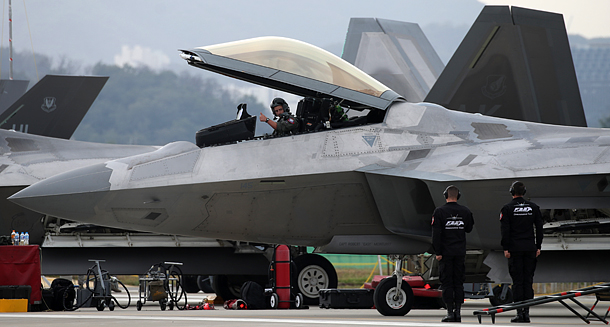 The U.S. Air Force’s F-22 Raptor fighter jet before take-off at the South Korean air base in Seongnam, Gyeonggi, on Monday. The fifth-generation stealth jet strutted its stuff for a 15-minute rehearsal flight on the eve of the weeklong Seoul air show, formally called the Seoul International Aerospace and Defense Exhibition (ADEX) 2017. [YONHAP]