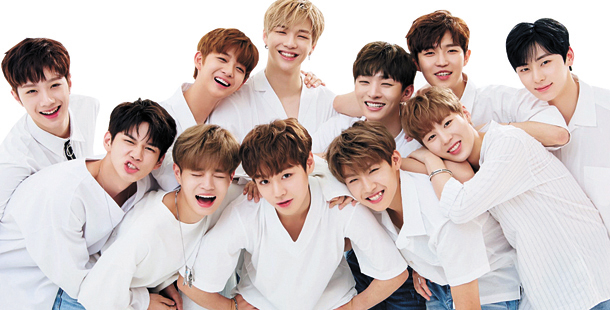 Rookie boy band Wanna One will greet local fans in Seoul and Busan this December, according to an insider at CJ E&M on Tuesday.

“Wanna One Premier Fan-Con” will be a combination of a fan meeting and a performance for fans.

The group has prepared four “Fan-Cons” at the SK Olympic Handball Stadium in Olympic Park, eastern Seoul, from Dec. 15 to 17, and two at Bexco in Busan on Dec. 23 and 24.

Tickets for the Seoul concerts will become available next Tuesday at 8 p.m. for fan club members and the next day for the public.

Tickets for the Busan concerts will go on sale on Oct. 31 for fan club members and on Nov. 1 for non-fan club members. All tickets are available at ticket.interpark.com.

On Aug. 7, Wanna One held their debut performance, “Wanna One Premier Show-Con” at Gocheok Sky Dome in western Seoul. Meanwhile, the group will release a repackaged version of the band’s debut EP album “1X1=1 (To Be One)” titled “1-1=0 (Nothing Without You),” on Nov. 13, according to the groups’s agency YMC Entertainment on Monday.