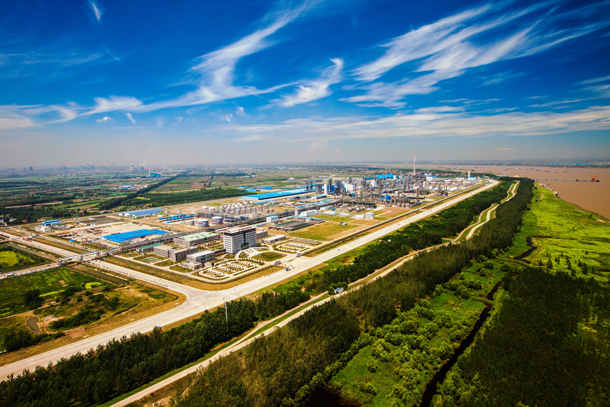 SK Global Chemical has invested 3.3 trillion won in Sinopec-SK Wuhan Petrochemical and holds a 35 percent stake in the company. According to SK Innovation it was the largest joint venture project between Korean and Chinese companies in the petrochemical sector since diplomatic relations were established in 1992.

With the new investment, the joint venture will be able to increase its production capacity by 800,000 tons and produce 3 million tons of chemical products annually. The output will include 1.1 million tons of ethylene, 900,000 tons of polyethylene and 700,000 tons of polypropylene. Ethylene is a basic material used to make polyethylene, the most common form of plastic most frequently used for making bottles and packaging, and polypropylene, used in a wide variety of applications including home appliances and cars.

The facility expansion is scheduled to be completed by 2020, and commercial production at the facility will begin as soon as it is finished.

As China still gets about 40 percent of its intermediate chemical products from overseas, there is still room to capture more of the market share, explained SK Innovation.

Chey himself has been consulting with the management of Sinopec to strengthen business cooperation since last year, and he also met with regional government officials to discuss the feasibility of the investment earlier this year.

After starting operations in 2014, Wuhan Petrochemical has been in the black every year. Last year, the joint venture had an 18 percent operating profit to sales ratio, and it expects to reach 24 percent this year.

Based on this performance, the joint venture was able to wholly fund the new investment from its earnings, rather than taking cash from SK Global Chemical and Sinopec.

“This round of investment was possible because both SK and Sinopec had a strong will for mutual growth and also strong trust,” said Kim Jun, CEO of SK Innovation.