The difficult battle between war and diplomacy

The difficult battle between war and diplomacy

When China’s Qing Dynasty invaded Korea in 1636 to sever Korea’s ties to the Ming Dynasty, the Korean royal court fled the capital to take shelter in Namhan Fortress, in Gwangju, Gyeonggi. There, two conflicting opinions dominated: whether to make peace with Qing Dynasty or to fight against them. They battled over what action to take for 47 days under the rein of King Injo of the Joseon Dynasty (1392-1910).

Those 47 painful days of spirited debate on war and diplomacy are depicted in the latest period epic “The Fortress.” Adapted from Jang Hoon’s best-selling novel, the movie, directed by Hwang Dong-hyuk, takes the audience back to Joseon without too many frills.

The film, released Oct. 3, features Lee Byung-hun and Kim Yun-seok as officials Choi Myung-gil and Kim Sang-hun, who each strongly argue for the need to make peace with the Qing Dynasty and to fight against them, and Park Hae-il as an agonizing King Injo who struggles over what to do.

To gain a deeper understanding of the film, Magazine M, an affiliate of the Korea JoongAng Daily, met with Lee and Park to discuss their characters. 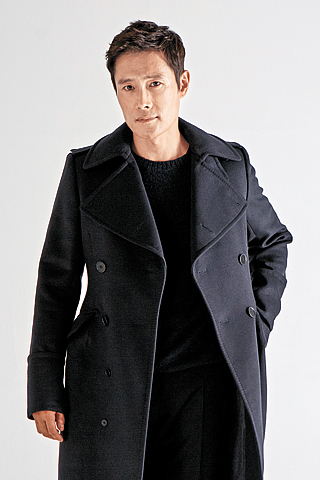 Actor Lee Byung-hun returned to the silver screen for his second movie this year. [CJ E&M]

Lee has returned to the silver screen for his second movie of the year. The 47-year-old actor, who starred in “Master,” “The Magnificent Seven” and “Misconduct” last year alone, came back to the silver screen as the king’s chief adviser Choi Myung-gil, who insists on the need to make peace with the Qing Dynasty to save the country and its people.

Lee, who appears in his first historical movie in five years spoke about what drew him to the role. The following are edited excerpts from the interview.

Q. Your character insists on making peace with the Qing Dynasty. What do you think about the character’s persistence?

A. I personally understand both sides, which is the charm of this movie. Usually a movie follows the perspective of a main character based on the director’s intention. But, audiences will find it difficult to take a side in “The Fortress.” The script had a 50:50 balance, which was great.

While everyone says ‘yes’ to fight against Qing Dynasty, Choi Myung-gil alone says ‘no.’ What does this say about your character?

Back then, people pointed fingers at Choi, but he bravely continued fighting for what he believed was right. While Kim Sang-hun is hot-tempered, Choi calmly expresses his opinion, urging King Injo to withstand a moment of embarrassment for the people. Though he may sound like a coward who urges the king to succumb to the Qing Dynasty to save his life, Choi doesn’t care much about his survival.

What kind of relationship do you think Choi and Kim have?

Though Choi and Kim fiercely argue with each other in front of the king, they become very polite to each other once outside the court. Choi later tells King Injo that Kim is a loyal official that the king needs. They probably value and respect each other. Were it not for the war, the two might have become good friends.

Park Hae-il described the argument scene between Choi and Kim as Kim throwing fireballs and Choi throwing back ice.

I think that expression describes the scene well. I think it turned out like this because of casting. Kim Yun-seok’s acting is impeccable. I could feel the passion in his acting. When he stuttered the line, he got angry at himself (laughs).

It was your first time working with director Hwang Dong-hyuk. How was it?

It was the best. The first impression I had of Hwang was that he seemed like a nerd, so I didn’t think I would get along with him well. But he turned out to be very delightful, not to mention very detailed. He knows exactly what he wants. While shooting, he already knows how he will edit the scene.

Personally, I don’t like limiting myself while I act, so I try to think and act freely without fully relying on the script. When I do that, some of the directors I have worked with have requested that I try to do things differently. But Hwang wasn’t like that, and I could rely on him.

People have spoken very favorably of your acting in your most recent movies. If young actors ask you how to be a good actor, what do you say?

Honestly, I have been asked that question many times. But I was never able to properly answer it. I couldn’t because I still don’t even know the answer. There isn’t a specific method to good acting.

Ten years ago, I advised younger actors never to grow up. Everyone has a sense of being child in their heart, but growing up and becoming an adult cuts off that freedom.

Are you a perfectionist?

No. I’m very clumsy and forgetful. I sometimes feel pathetic, but I become different while I am acting.

So do you only use your energy while you are acting?

The people who are closest to me often say that. If a person uses most of their brain capacity in one specific field, maybe he becomes stupid in everything else (laughs).

Do you have plans for your career?

That’s a question I’ve been getting for the past 10 years, and I’m also curious about how my career will turn out. I’ve never properly answered that question. The truth is, I don’t have specific plans. If I have plans, I think that will deter me from making choices freely. If I set a goal to shoot two movies a year, I might have to reject a role in a drama that I could get. I think I encounter everyday with a bit of nervousness and anticipation, just like you do when you are traveling. 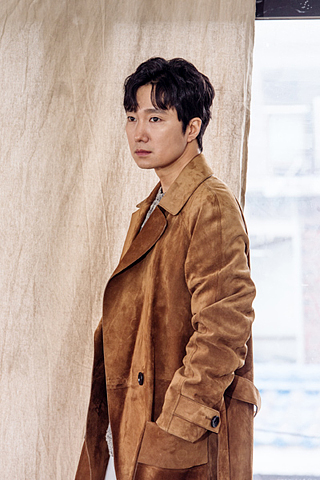 King Injo is not new to audiences in Korea. Actor Lee Deok-hwa played the king in the 2013 JTBC series “Cruel Palace: War of Flowers” while Kim Jae-won pulled off the role in MBC’s 2015 drama “Hwajeong.”

Perhaps due to the audience’s familiarity, playing the 16th king of Joseon Dynasty in “The Fortress” was no easy task for Park. Instead of depicting the character as a king who made the wrong choice, delivering the personal agony and psychological struggles of the king amid the Qing Dynasty’s invasion was something that Park tried to stress.

Park discussed his latest role and his favorite scenes in the movie in an interview with the magazine. The following are edited excerpts.

Q. King Injo is criticized by some as the king that succumbed to the invasion of Qing Dynasty. How did you feel playing the role?

A. The role wasn’t anything new. Veteran actor Lee Deok-hwa played the character in the 2013 JTBC series “Cruel Palace: War of Flowers.” But as the king that has gotten clear historical reviews, I mulled over how to pull off the role (within the boundary of how he is being evaluated). Instead of simply depicting him as the king that made the wrong choice, I worked hard on trying to deliver the agony and internal struggles he had felt. To better empathize with the role, I went to the king’s tomb, saying to myself, “How come you are getting all these criticisms?” (laughs). It turned out to be very helpful.

Did you also visit the Namhan Fortress?

Yes I did (laughs). I guess that is my way of (preparing for a role). Before the shooting kicked off, I personally visited the Namhan Fortress and walked around. It took around four hours. I imagined King Injo and his people being isolated in the fortress during a very cold winter. Then, it no longer felt like a tourist attraction, but as a real place that actually existed.

What was it like watching the arguments between the two conflicting characters?

I knew it wouldn’t be easy from the start, so I prepared a lot in advance. I was also curious because I had never worked with that many senior actors on a single project. The two had strong yet different characteristics while acting, which I found very interesting. I was very impressed to see the kinds of emotions the actors brought out.

What is the most memorable scene in the film?

The climax of the film, when King Injo surrenders. The king, who was stuck inside the fortress like a criminal, throws out all the emotions. People make choices every moment. Then how many decisions would a person who rules the country probably had to make? Having to decide the fate of a country on behalf of the people would have been extremely agonizing.

If you were the actual king, what decision do you think you would have made?

I would like to ask the same question to the audience. I hope viewers get to think about the perspectives of the two officials (Choi and Kim) and the king. For me, I couldn’t easily come up with the answer. If it were easy, the king wouldn’t have isolated himself for 47 days in the very cold winter.

What message do you think the movie gives to modern audiences?

Historical films are very unique because they have been loved by people for many years. Some revolve around heroes that saved the country while others are like “The Fortress,” which depict the tragedy that the country has gone through. I believe these kinds of stories are continuing to come out to remind people of the past so that such a tragedy doesn’t repeat.

In another recent period epic, “The Last Princess” (2016), you played a supporting role instead of a lead role. Do smaller roles affect your decision to be in a film?

I don’t care about how big a role is. The standard I have for choosing a project to star in is very simple. It’s a matter of how much challenge and curiosity that the project and the given role arouse.

It has been 17 years since you debuted in 2001’s “Waikiki Brothers.” Is there any principle that you abide by as an actor?

No there isn’t. In fact, I’m the kind of person who wants to continuously break principles because they limit a person within a certain boundary. Though past experiences and the skills learned from the experiences are important, they could deter someone from advancing further.