Creating new realities with VR : Eugene Chung is leading the way in film’s next domain

Creating new realities with VR : Eugene Chung is leading the way in film’s next domain 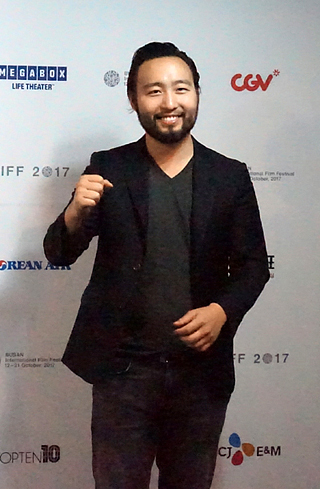 BUSAN - Director Eugene Chung may not be a household name in Korea, but the Best Virtual Reality Award winner at this year’s Venice International Film Festival is someone that the Korean audience will become more familiar with following the 22nd Busan International Film Festival (BIFF), where two of his latest movies - “Allumette” and “Arden’s Wake: The Prologue” - are being screened in the Virtual Reality (VR) Theater.

Growing up in Virginia, the director was always interested in the idea of how art forms change over time. But considering how long it took in the past for a major art form to shift to the next, Chung never expected that he would live to see such a transformation. That was until he was introduced to VR.

Having worked in film production at Pixar Animation Studios and then co-founded the Oculus Story Studio - a part of Oculus, the VR company acquired by Facebook for around $2 billion in 2014. Chung went on to establish his own company, Penrose Studios, where he could make virtual reality stories in 2015.

VR provides viewers an irreplaceable experience in the sense that the technology allows viewers to become more involved and creates empathy by allowing viewers to feel like they are fully immersed in the experience.

“[The VR experience] is incredibly powerful and is something that cannot be replicated by any other existing medium today,” said Chung during a recent interview in Busan earlier this week. “We definitely think that the impact of the medium is going to be extremely powerful.”

Chung added that VR is a brand new artistic art form and that people involved in the industry are in the first stages of what is to come.

But since VR is relatively new, the way in which industry affiliates develop the technology “entails great responsibility.”

“We as a human species have the ability to choose what we do with the technology,” Chung said.

With the adoption of VR in films, some express concerns that it may one day replace the theater experience. Chung, however, claims that although the art form may shift to include VR, the technology will not be able to replace anything.

“I don’t think anything will ever replace anything, in the same sense that the form of the stage play of opera remains a distinctive art form to this day,” Chung explained. “Media is changing rapidly with digital disintermediation. But as an entirely new art form, VR, AR [augmented reality], MR [mixed reality], whatever the name we’re going to apply for it in the future, I don’t think this is going to recognize how much it’s going to shift the way in which we perceive a certain audiovisual art form.”

Though VR has yet to reach out to the general public, its market is progressing at a good pace.

“What’s amazing about media content is that they benefit from the economies of scale. We have yet to see that in the VR market, but we are progressing at a pretty good pace compared to the adoption of the things in the last hundred years like radio, television, internet and console games.”

When asked about the future of VR in Korea, Chung said that the technology is actually a global industry.

“Hopefully the world will make good content [out of VR]. I think amazing cinema is coming from Korea and I’m looking forward to how storytelling will be applied in VR and especially from the Korean perspective,” Chung added.