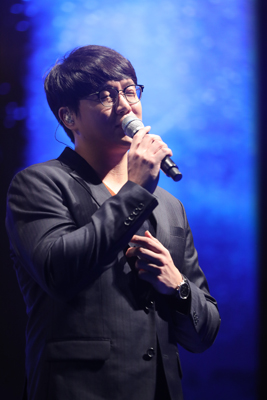 Singer Sung Si-kyung will release a digital album on the last day of October, according to a statement from Jellyfish Entertainment on Thursday.

Often referred to as the Prince of Ballads, Sung has provided songs featured on many dramas including “Every Moment of You” from the hit SBS drama, “My Love From the Star” (2014) and “Fondly, Goodbye” from KBS2’s “Love in the Moonlight” (2016).

This will be the ballad singer’s eighth album. It has been six years since he released his last album.

Sung has been active on a number of variety shows including “Battle Trip” on KBS2 and “Abnormal Summit” on the cable channel JTBC.