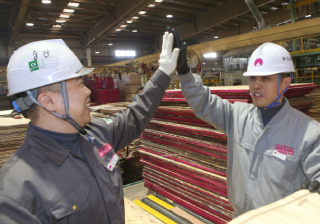 The timing couldn’t be better. Before people forget about the sweet memories of the longest Chuseok holiday in history, President Moon Jae-in proposed the working-hour reduction plan. Workers in particular agree with the president’s proposal, after enjoying the longest holiday of their lifetime. As we all celebrated the joy of a relaxing vacation, the national consensus has been reached on reducing working hours.

No one would object to the idea that society cannot let people work too long. Koreans notoriously work longer hours compared to developed countries. Last year, Koreans worked an average of 2,069 hours, the second longest among the 35 OECD members, after Mexico’s 2,255 hours. This is far higher than the OECD average of 1,763 hours or Japan’s 1,713 hours, where death from overwork is a social issue. Moon rightfully pointed out that Koreans work almost the longest among OECD member countries.

We need higher productivity to work shorter hours. If working hours are reduced without enhancing productivity, business profits and the economy will be affected. Of course, there are many other factors other than work hours, such as capital, technology, efficient organization and influence productivity. However, Korea’s biggest asset is its workforce.

Reducing working hours without addressing productivity is like a student studying less without mastering their ability to learn. The grades are destined to fall.

Moon mentioned the longest work hours among OECD members and noted the need for a reduction, but did not discuss the low productivity level.

Japanese Prime Minister Shinzo Abe has been promoting a reform on how Japanese people work since 2015. The goal is to create a sustainable economy through improving productivity. It is part of the process of preparing for when the population decreases as a result of the low birth rate and aging population by taking a look at working hours, flexible schedules and work from home.

It looks to me like the goals of sharing jobs through reduced working hours and improving the quality of employment and life is nearsighted.