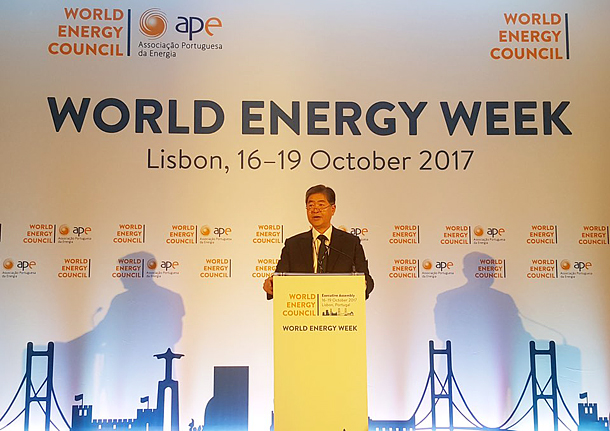 Younghoon David Kim, chairman of Daesung Group and the World Energy Council, delivers a speech at the council's annual meeting in Lisbon on Monday. [DAESUNG GROUP]

Kim is the first Korean to lead the council, and the meeting was his first since becoming chairman of the UN-accredited energy body last October.

About 1,000 representatives, including energy ministers and executives from global energy companies attended the executive assembly.

“We are facing various problems stemming from climate change,” Kim said in his keynote speech Wednesday, “and we also have to figure out a way to stabilize energy supply.

“Development of new technologies has raised competitiveness in the renewable energy sector and biotechnology,” he said, “but there is still great pressure from the changing environment … and that’s why we need to actively discuss and debate this issue.”