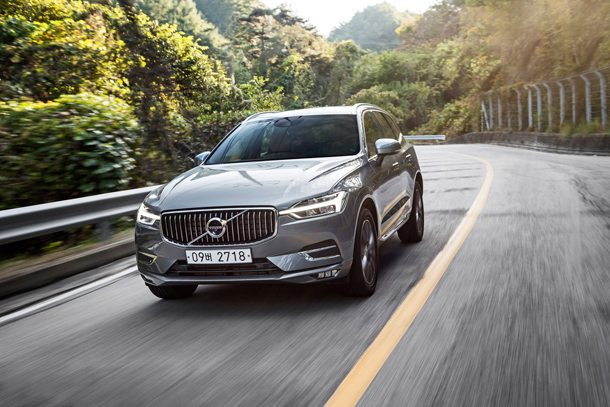 Volvo’s revamped XC60 is a unique addition to Korea’s burgeoning midsize SUV market, which until now has largely been a choice between premium German models and more practical domestic ones. 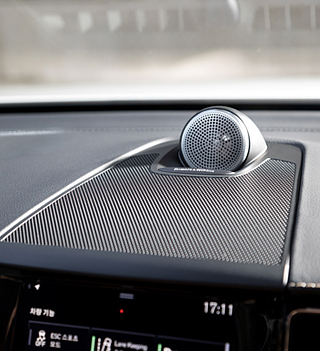 The Swedish brand’s best-selling car, which has gone through a complete overhaul for the first time in eight years, is a combination of strengths from both groups.

While Volvo has built its name on being safe and reliable, the automaker is now heading toward the premium label as well. The designs, which some consumers once might have perceived as stale, are now becoming more visibly dynamic, even chic. The safety features, of course, are all still there.

At a launch event last month, Volvo Car Korea CEO Lee Yun-mo said the XC60 is more about delivering the vibe of “Swedish premium” rather than reaching a specific sales target. 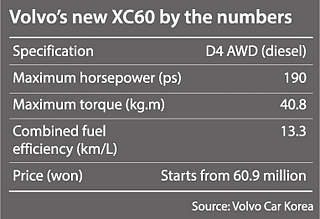 But since its release on Sept. 26, there have been about 1,000 preorders, already comprising two-thirds of the sales goal this year.

To see what the hype is about, the Korea JoongAng Daily took a petrol-engine XC60 out for a spin Tuesday on a 240-kilometer (150-mile) test drive from Yeouido in western Seoul to Hongcheon in Gangwon.

The first impression behind the wheel was the extremely quiet and light driving experience. The suspension emphasized comfort, soaking up shocks from bumps on the road. Although an SUV, steering wheel control felt light under Comfort mode, a feature that is likely to be welcomed by drivers who prefer a gentler ride. There was a clear distinction between Comfort and Dynamic driving modes, with the latter offering a heavier handle and more responsive accelerator and brake.

Volvo has touted the car as suitable for urban driving, and this much was true. Those who prefer smooth and quiet riding will admire the car, while those who enjoy more charismatic driving with all the rumbling, bumbling and engine roaring might consider the car too safe.

Another feature that makes the XC60 stand out is its sound system. The car comes with 15 high-end Bowers & Wilkins speakers, with one protruding from the dashboard to generate more surround sound. It was a feature never seen before in the dozens of cars that this reporter has driven in the past year. Three audio modes - studio, stage and concert hall - are possible, with each offering a distinct aural experience. One can also control whether to play music only in the front seats, back seats or both.

All trims of the XC60 come with Intelisafe, Volvo’s safety package that includes lane-keeping assist, oncoming-lane mitigation and blind-spot notification.

There’s also Volvo’s partially autonomous driving system called Pilot Assist 2, which is able to maintain a certain speed, keep distance between the car in front and turn corners on its own with hands off the steering wheel.

However, drivers still need to be attentive at all times and put their hands on the steering wheel every 15 seconds or so. Otherwise, the function automatically turns off.