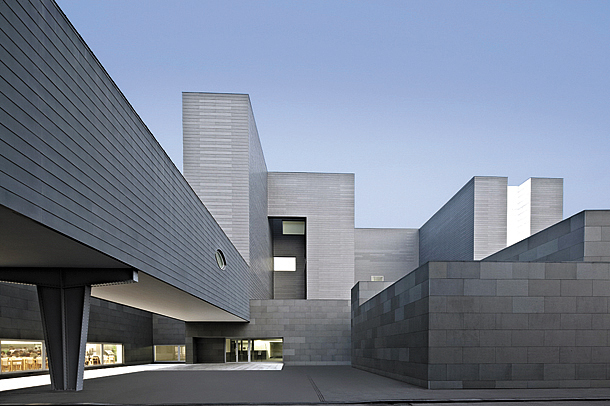 Committed to the founder’s vision that a competitive edge in science and technology is the driving force behind a global leading company, AmorePacific opened its research lab in 1954, a first in Korea’s cosmetics industry.

Since then, the company has made aggressive investment in R&D to continue its growth trajectory. AmorePacific’s research center is devoted to technological innovation with a long-term goal of developing Asian beauty products, and realizing sustainable research and development by combining natural ingredients with advanced biotechnology.

Committed to winning over customers strictly based on technology and quality, AmorePacific opened a research lab in 1954, the first of its kind in the Korean cosmetics industry.

Since 1957, the company has annually sent its researchers overseas to places like Europe and Japan to learn advanced technologies. In 1992, the lab was expanded to the Seongjigwan R&D Center in Yongin, Gyeonggi.

The company is also strengthening competence in “open innovation” that rapidly responds to market trends through a research network of universities and institutions from both inside and outside the country.

With the AmorePacific Shanghai Beauty Campus at the center, the company is intensifying research on consumers around the world and in the Chinese market. The manufacturer has opened a new Research and Innovation Laboratory within a bioscience park in Singapore managed by the Agency for Science, Technology and Research, Singapore’s lead government agency for fostering world-class scientific research with over 4,600 researchers from 60 countries.

The facility in Yongin, Gyeonggi, is a world-class research center that embodies open communication and harmony with nature. As of 2015, Mizium has grown its R&D staff to 500 as part of a long-term goal to become the world’s seventh top cosmetics company.

AmorePacific has R&D centers in China (Shanghai) and France (Chartres), which contribute to our global business expansion by developing products based on research into local climates and skin conditions.

In addition to enhancing its manufacturing and research base in China, AmorePacific in 2014 built a world-class business facility integrating production, R&D and logistics.