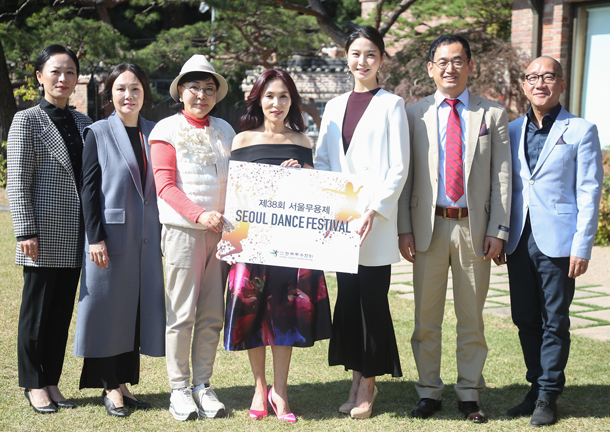 Starting Nov. 11, this year’s Seoul Dance Festival (SDF) will host an array of dance performances from both professionals and amateurs, in an effort to bring the annual event “closer to the public.”

Previously restricted to those who majored in dance, the event is now open to anyone who feels passionate about dancing, according to the organizers, regardless of one’s profession, age or even nationality.

Starting this year, SDF has attempted to lower the barrier between the professional dance world and the public by creating programs that everyone can enjoy.

The “4 Swan Dance Festival” is one of the events open to anyone who wishes to show off their moves. A group of four dancers can apply as one team and show off their own interpretation of “Swan Lake.” The competition’s prize is 10 million won ($8,850). After a preliminary round, 30 teams will move onto the finals, which will be held Nov. 9 at the Main Hall of Arko Arts Theater in central Seoul. The winning team will be invited to perform at the festival’s closing ceremony.

The opening ceremony of the festival will take place on Nov. 11 at 7:30 p.m. at the ArKo Arts Theater and will feature a performance by traditional dancers selected by the Korea Dance Association, including Bae Jeong-hye, Lee Eun-ju, Yang Seong-ok, Kook Soo-ho and Cho Heung-dong.

Renowned Korean choreographers will stage experimental performances through the event. Choreographer Cha Jin-yeob will be presenting “River Run,” which she created with visual artist Vakki.

Popular dancers like Kim Seol-jin, who won the second season of Mnet’s “Dancing 9,” will be performing a piece titled “Monologue,” while the winner of the first season of “Dancing 9,” Lee Seon-tae, will perform a number titled “Spotless Mind,” in which the dancer reinterprets the film “Eternal Sunshine of the Spotless Mind.”

“Some are scared of change, and some find hope in change. We will be the latter, who discover hope through change,” said Cho Nam-gyu, the president of Korea Dance Association.

The honorary ambassador of this year’s SDF, singer Jang Hye-jin, hopes the wider appeal of the festival will mean that more people get to experience high-quality dance.

“Dancing and music are inseparable. They must have each other, and these days, people seem to have forgotten that. I hope through the festival, people find the joy in dancing again,” said the singer.