Fines going up on owners of unleashed, unmuzzled dogs

Fines going up on owners of unleashed, unmuzzled dogs 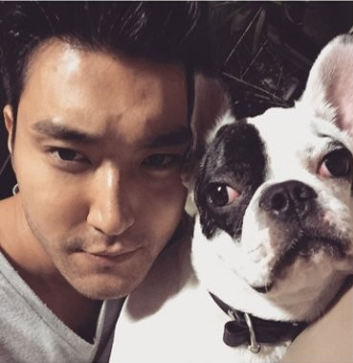 The Ministry of Agriculture, Food and Rural Affairs announced Monday it will be raising fines on dog owners who do not use a leash or muzzle dogs in public spaces after a woman died from blood poisoning after she was bitten by a French bulldog owned by Choi Si-won, member of the boy band Super Junior.

But it will not include French bulldogs, the ministry said.

Choi’s dog bit the CEO of Korean food restaurant chain Hanilkwan, a 53-year-old woman surnamed Kim, on Sept. 30 in the elevator of Choi’s apartment building in Apgujeong-dong in Gangnam District, southern Seoul. The dog was not leashed and Kim was bitten in her shin.

She died of blood poisoning a few days after.

Choi posted an apology on his social media account.

“As a member of the family that raised the dog, I feel greatly responsible,” Choi said on his Instagram account on Saturday. “I should have been more careful but this tragic incident occurred. I deeply repent and will take measures to ensure such an incident will never recur.”

The post received more than 20,000 comments in two days, including some that advised Choi to “put your dog down” and others, likely written by his fans, that said such things as, “It’s not your fault, Siwon.”

Police said they are not investigating the case.

“In order for us to investigate, we have to have a report from the hospital that Kim died from the bite from the dog, but we didn’t receive the report,” said an officer of the Gangnam Police Precinct. “If we received the report, we could have asked for an autopsy, but the relatives of Kim have already held the funeral and there is no evidence to investigate the case.”

The number of cases of dog bites reported to the Korea Centers for Disease Control and Prevention grew from 568 in 2014 to 723 in 2016.
The increase in number of accidents involving pet dogs has been taken up by politicians. Liberty Korea Party Rep. Chang Je-won proposed an amendment to the Animal Protection Act to raise the punishment for owners of pets who kill people to up to three years in prison or a fine of up to 30 million won.

People’s Party Rep. Joo Seung-yong proposed an amendment last month that would allow authorities to seize a dog that attacked someone.

Kang Hyung-wook, a pet expert who runs dog training company Bodeum Company, wrote on his blog, “All dogs need to be trained to use a muzzle.”

“Using a muzzle on dogs is not an abusive act,” he wrote. “Not training dogs who want to bite people is a neglect of an owner’s duty.”

“To owners, their dogs are cute, but there are others out here who are afraid of dogs,” said Kim Yeon-mi, a 39-year-old office worker. “I see so many owners walking their dogs without a leash, I’m afraid of going on walks.”