All work but some play

All work but some play 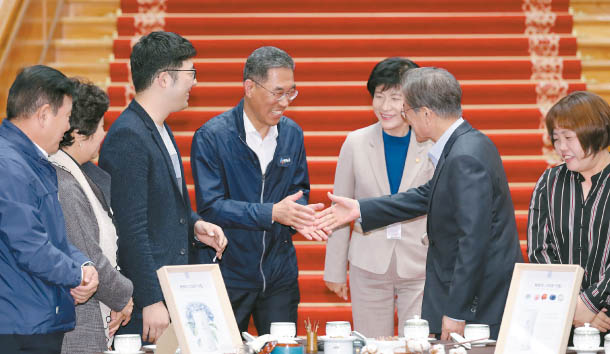 President Moon Jae-in, second from right, shakes hands with Kim Ju-young, fourth from right, head of the Federation of Korean Trade Unions, in the Blue House Tuesday evening. Moon invited leaders of the labor community, including officials from two umbrella unions, to the Blue House for a dinner meeting, but leaders of the Korean Confederation of Trade Unions refused the invitation. [YONHAP]