Artists gear up to welcome the Olympic torch

Artists gear up to welcome the Olympic torch 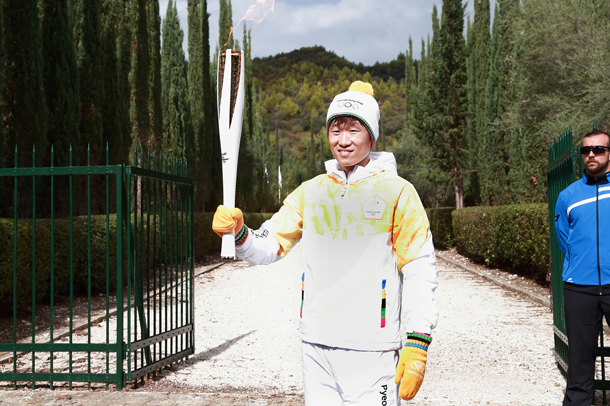 A large concert celebrating the arrival of the Olympic torch to Korea for the 2018 PyeongChang Winter Olympics will be held next Wednesday at both Gwanghwamun Plaza in central Seoul and Songdo Moonlight Festival Park in Incheon.

Popular groups such as BTS, Exo, Twice and many more will take the stage. Taeyang from boy band Big Bang, one of the honorary ambassadors of the Olympics, will also perform, along with folk icon Yang Hee-eun and hip-hop artists Tiger JK, Yoon Mi-rae and Bizzy. A video titled, “How to Enjoy the PyeongChang Olympics” featuring popular boy band Wanna One will be premiered as well.

The concert will air on SBS, the official broadcasting network of the Olympics.

The torch will arrive at Incheon International Airport on Wednesday, and will ravel across the country for 101 days with 7,500 torchbearers until Feb. 9, the date of opening ceremony. Former football player and honorary ambassador, Park Ji-sung will be the first torchbearer when the flame lands in Korea.