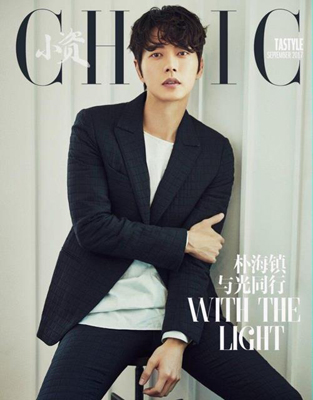 Actor Park Hae-jin has been chosen as the cover model for a popular Chinese style magazine, his agency said Wednesday.

The monthly magazine Xiaozi Chic picked Park as the cover model for its November issue despite the Chinese media industry’s recent actions against using Korean celebrities because of frosty relations between Seoul and Beijing over the deployment of an anti-missile battery known as Thaad.

The star of “My Love from the Star,” “Cheese In the Trap” and most recently “Man to Man” rose to stardom in China through “Qian Duo Duo Marry Remember” on Hunan TV in 2011.

He is set to begin shooting a new TV series, “Four Men,” in November.

Lee Joon laces up his boots, joins the army

Although the agency didn’t announce the time and place of the training camp, fans were on hand to show their support. He will be discharged on July 23, 2019.