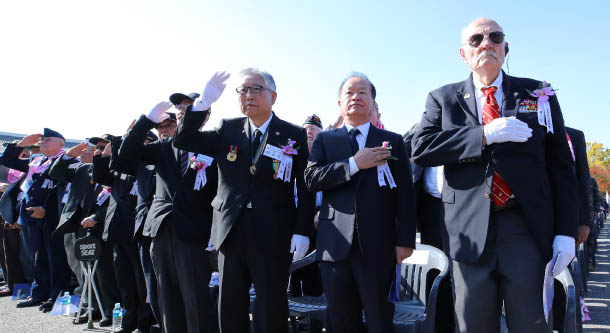 South Korean and U.S. military veterans, and Marine Corps officials from both nations, attend a memorial service at Seoul National Cemetery on Wednesday for soldiers killed in the Korean War’s decisive Chosin Reservoir Battle. U.S. Marines were credited with stopping the Chinese from moving southward during the battle, in what is known as the Changjin Lake Campaign, buying time for the Hungnam evacuation that saved nearly 200,000 lives. [YONHAP]