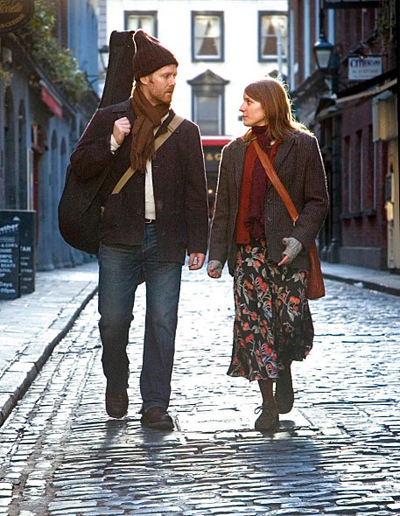 A vacuum repairman who has once been betrayed by love spends his days wandering the streets with his guitar and begins to feel that he is slowly forgetting what it is like to be in love. One day, a Czech immigrant who sells flowers for a living stops and asks about the song he is playing out on the street. Their mutual interest in music get them talking, and the girl becomes interested in writing lyrics for the man’s songs. The two decide to record the songs they have created, spending time together and learning about each other’s lives.

The romantic story about two lonely people who help each other to realize their dreams and eventually fall in love is filled with songs that have delighted audiences since the film’s debut in 2007. The film was adapted into a musical and made its Broadway debut in 2012. The production took home the Best Musical, Best Actor and Best Book awards at the 2012 Tony Awards.

Director John Carney has received worldwide acclaimed for other films he has produced such as “Begin Again” and “Sing Street.”

Martin and Gabi are a couple who met through a dating application. Although they started out casually, things soon start to become serious and they become wildly in love with one another. Pretty soon they are doing everything together and they seep into each other’s lives. However, as their love deepens, hatred, doubt and obsession also grow, and brief lover’s fights turn into major issues for the couple.

“Newness” is one of the first dramatic films about a relationship that starts with a dating application. The film gives a unique insight into how couples work past their differences to stay together after the “newness” of their relationship fades.

Martin and Gabi are played by Nicolas Hoult and Laia Costa. Hoult is known for starring in popular films such as the X-Men series, “Warm Bodies,” and “Mad Max: Fury Road.” 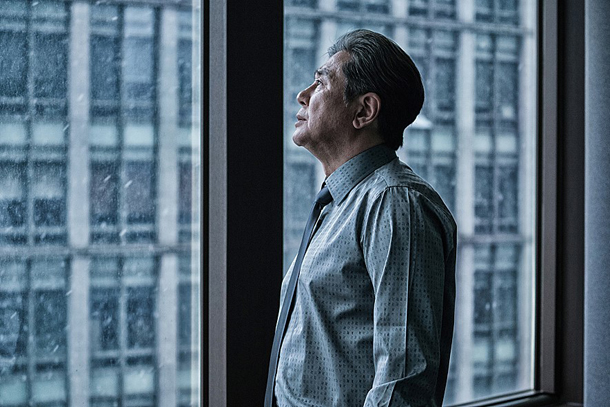 Im is a man who has achieved it all - love and wealth - and believes he is at his happiest when suddenly everything falls apart. His fiancee Yuna, a famous singer, is murdered, and his only daughter becomes a suspect in the crime. However, his daughter claims to have lost her memory about the day Yuna was murdered.

Instead of hiring the best defense lawyers he can find, he hires a young lawyer who will be able to take care of his daughter while also believing that she is innocent.

The film is a remake of the Chinese film “Silent Witness,” and stars veteran actors and actresses. Choi Min-sik will play the role of Im, actress Park Shin-hye will play the young lawyer while actor Ryu Jun-yeol plays Yuna’s fan. Choi has been praised for his roles in a number of films, such as “The Mayor” (2016), “Roaring Currents” (2014) and “New World” (2012).

A veteran stage actor throws himself into every one of his roles. He has been cast as Walter in a new play that has him playing a character in a gay relationship. When he meets the idol star who will play his counterpart, it quickly becomes evident that the pop singer is unwilling to act and is only there because his agency told him to.

However, the actor will let nothing interrupt his performance and when the idol’s reluctance becomes an obstacle, he forcefully begins to teach his younger counterpart, and during the process, they fall into a grey zone, confused about the boundary between passion for acting and love.

When he and the pop star become close, he invites him over for dinner. His wife is quick to notice the unusual chemistry between the two but refrains from showing worries and frustration until the end of the play, as she knows that he will continue living as Walter until the production ends. Are the two actors’ feelings just a mere portrayal of passion for the roles, or are their emotions real?

The passionate stage actor is played by veteran actor Park Sung-woong, who has received acclaim for his roles in films such as “A Violent Prosecutor” (2015), “New World” (2012) and the popular TV series “Remember: War of the Son” (2015). 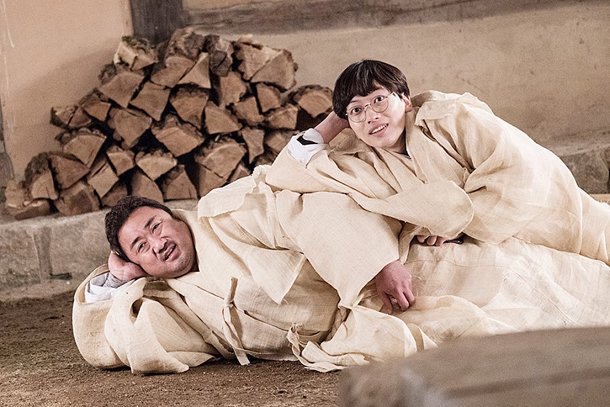 Two brothers with opposite personalities are forced to return to their family’s home in Andong when they hear the news that their father has passed away.

The older brother dreams of becoming the next Indiana Jones and uses all his money to go on excavations, but only returns with more debt and useless equipment.

The younger brother, with his good looks and intelligence, enters a famous architectural company but is in danger of losing his job due to an impulsive mistake.

On the way home, they are involved in a car accident involving a woman named Aurora, a secretive-looking girl who works at a local culture center. She enters the brothers’ lives abruptly when she reveals an enormous secret that changes the brothers’ view of their boring hometown.

People are being murdered violently, one by one, in the metropolitan city. All the investigations and evidence lead to one suspect only. He is an infamous killer who goes by the name Jigsaw, or John Kramer. But it is impossible for Jigsaw to be out in the city again, as he has been dead for the last 10 years.

However, more people go missing, but this time they do not remain helplessly trapped by the killer and put their heads together to fool him. Has Jigsaw really come back from the dead for another killing spree? Or is it an imposter imitating his crimes?

The role of Jigsaw is played by Tobin Bell, who starred in the “Saw” series and other horror movies.

Joo-yong is currently doing his mandatory military service. One day he and his squad come out for a vacation, during which someone in the squad exposes the violence he has faced while on base to higher ranking military officials.

The accused soldier finds out that his actions have been revealed and seeks revenge on the junior soldiers to find out the culprit.

In the middle of the violence, one of Joo-young’s fellow soldiers has his teeth broken and they both go to visit Joo-yong’s older sister, as her husband is a dentist.

He soon finds out that there have been other instances of violence in his life when he learns about the brutal treatment his sister receives from his brother-in-law.

The film depicts the reality of Korea’s military environment - the violence and strict hierarchy system that keeps the soldiers stuck in a vicious cycle - and the domestic violence that pervades in many homes. 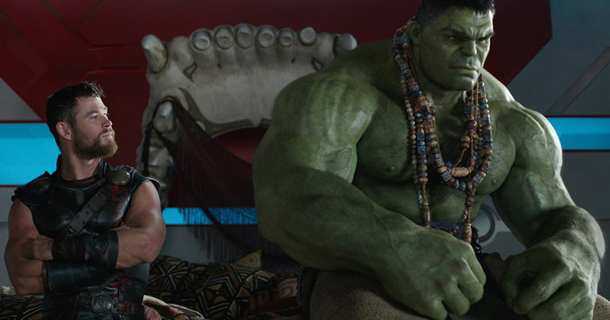 The Goddess of Death “Hela” invades and conquers Asgard and the world is in grave danger of meeting its end, the “Ragnarok.” In the process of a duel with Hela, Thor’s indestructible Hammer Mjolnir is shattered to pieces and Thor is banished to the other side of the universe, only to be captured and forced to enter a deadly gladiatorial contest. Coincidentally, the opponent turns out to be the Hulk, a former Avenger and a friend of Thor. Together, they form a team to defeat Hela, and the Asgardian Civilization’s fate weighs heavily upon their shoulders.

Former Avengers members Chris Hemsworth and Mark Ruffalo play the roles of Thor and Hulk. The veteran actress Cate Blanchett will star as the villain Hela while actor Tom Hiddleston will also come out as Loki to help out his brother Thor.