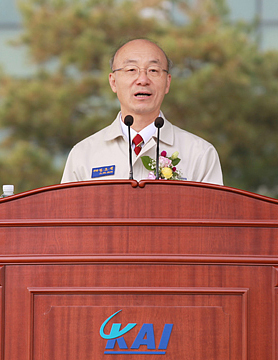 Kim previously served as secretary general of Korea’s Board of Audit and Inspection. He succeeds Ha Sung-yong, who was indicted earlier this month for corruption including accounting fraud.

In his inaugural speech at the company’s headquarters in Sacheon, South Gyeongsang, Kim vowed to enhance transparency at the company and restore public trust. His first order of business is establishing a task force on corporate reform early next month.

Kim, who spent roughly 20 years at the Board of Audit and Inspection, was nominated as the sole candidate for CEO during a board of directors meeting on Oct. 10.