Megabox honors the magic of music in film

Megabox honors the magic of music in film 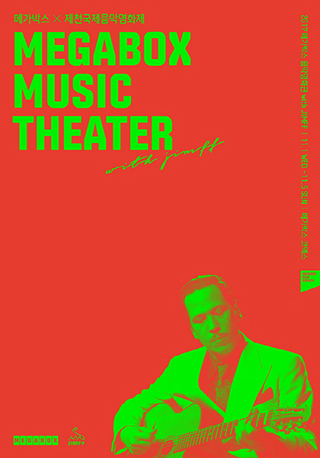 A special film event will delight fans of music and film next week.

During the five-day event, audiences can enjoy 27 movies, some of which were screened at Jimff in August. There will also be live shows from musicians such as Dutch pianist Ivo Janssen and panel discussions with filmmakers such as music director Jo Seong-wu, who was behind “Late Autumn” (2011) and “Christmas in August” (1998).

Under the Music Theater section, “Django,” a film centering on the life of jazz guitarist and composer Django Reinhardt, will be screened. After the film, the Park Yunu Quartet will stage a live performance.

Another movie that will be screened under the section will be “Bach & Barge” (Haukje Heuff), depicting Ivo Janssen getting ready for a concert. The Dutch pianist, who will visit Korea for the event, will have a live performance after the movie.

Under the Masterpiece section, five movies by film composers with distinct scores will be screened - including “Titanic” (1998), “Cinema Paradiso” (1990) and “Gone With the Wind” (1939).