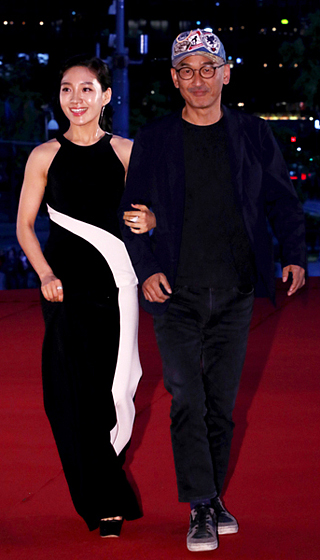 “A Taxi Driver” was named Best Picture at this year’s Daejong Film Awards, but the biggest winner of the night was “Anarchist from Colony” which took home five awards, including Best Director and Best Actress.

Daejong, which was once one of the most prestigious award ceremonies in Korea, has encountered controversy since announcing in 2015 that it would not honor those who did not attend the ceremony.

Followed by the announcement, actors and actresses who questioned the ceremony’s fairness have chosen to avoid the event over the past two years. But the number of stars who attended this year jumped in the wake of Daejong’s efforts to restore its honor by reorganizing and setting new standards for evaluation.

Some of the high-profile actors who showed up at Daejong on Wednesday included Song Kang-ho, Jo In-sung and Lee Je-hoon, all of whom vied for the Best Actor award. But the honor was given to Seol Kyung-gu for his role in crime action “The Merciless.” The movie, about a bromance between an undercover cop (Yim Si-wan) and a drug smuggler (Seol), was invited to the Cannes Film Festival earlier this year for a screening at the Midnight Screening section. 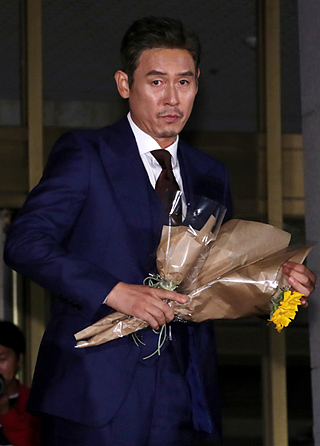 Actor Seol Kyung-gu was named Best Actor for his role in “The Merciless” at the annual Daejong Film Awards. [YONHAP]

“Though the theatrical screening of ‘The Merciless’ is over, I’m still keeping in touch with the movie’s fans. I’m very grateful to the fans who have always supported me,” said Seol during his acceptance speech.

For the Best Actress award, Kong Hyo-jin, Chun Woo-hee, Yum Jung-ah and Kim Ok-vin were all nominated, but Choi Hee-seo, who was the only nominated actress that made an appearance, took home the award for her role in period drama “Anarchist from Colony.”

The Lee Joon-ik-directed movie is about a Korean independence fighter named Park Yeol who organized an anarchist group during the Japanese colonial period (1910-45), and his lover Fumiko Kaneko (Choi), a Japanese anarchist.

“Fumiko Kaneko fought against the authority regardless of her gender and nationality. I was able to learn a lot from a woman who had a short life, and who passed away 90 years ago. I’m 30 years old, and I now feel like I’ve become an adult,” said Choi, who also took home the Best Rookie Actress award for the role.

But the actress’ long speech was hindered by an audio malfunction.

Frustrated remarks like “Let’s stop” and “[She’s] driving me crazy” could be heard on the live broadcast of the ceremony. Though it was reported that the comments were said by the production staff from TV Chosun, which aired the ceremony live, Daejong explained that the remarks came from the audience.

But Daejong acknowledged that overheard remarks in which director Lee Joon-ik was called a “baldy” when the honored actress mentioned his name were spoken by the staff.

Of the contenders for Best Picture, “A Taxi Driver” was the only movie that has sold more than 10 million tickets. The movie revolves around a cab driver (Song Kang-ho) who takes a German journalist (Thomas Kretschmann) to the center of the Gwangju pro-democracy uprising in 1980.

After accepting the award, the producer of the period movie said, “Great movies were nominated, but we believe the award was given to us due to the film’s role in comforting the painful history and its support for the freedom of the press.”

Other winners at the festival were filmmaker Lee Joon-ik, who won Best Director for “Anarchist from Colony,” and actor Bae Seong-woo and actress Kim So-jin, who were named Best Supporting Actor and Actress awards for their characters in crime drama “The King.”

Late actress Kim Young-ae, who died of pancreatic cancer in April, was honored with a special award, given to those who have greatly contributed to the development of the film industry. After debuting in 1971, Kim starred in a number of TV series and movies, including the drama “The Attorney” (2013) and the disaster movie “Pandora” (2016).

Kim’s son accepted the award on her behalf. “I’m grateful for being handed the award even after her death .?.?. Only after she passed away I realized how much love she had for acting. I hope she continues to be remembered.”