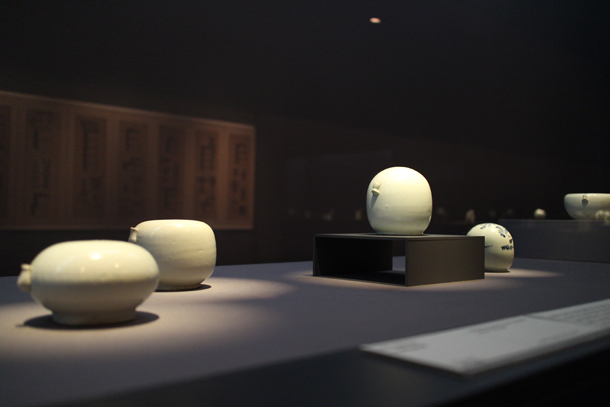 The 19th century, which saw the establishment of the Korean Empire, was a time of great national turmoil. The great powers of Europe and America, as well as Japan and China slowly threatened Korea’s sovereignty while internally, the country was dealing with deep political division. However, despite being a fading dynasty, art development in what was then known as Joseon, according to experts, still flourished. Literati paintings were still prevalent and new genres like folk paintings were appreciated not only by scholars but also the middle class.

The Horim Museum in Sinsa-dong, southern Seoul, is currently holding a special exhibition titled “19th Century Art Becomes Everyday Life.” Visitors can see calligraphy paintings by renowned artists, including Kim Jung-hee, who was the last master of the artistic and literary circles of the dynasty, on the “Beyond Classics” section on the second floor of the museum.

In the “Colored with Splendor” section, visitors can witness how the development of trade during this period influenced ornament-making and learn about how art became accessible to the general public with the growth of the middle class.

The “Literati’s Companion” section displays stationery that was found in a literati’s study room, such as a pencil case, a holder, a water basin for a brush, and more. The exhibition, which costs 8,000 won ($7.12) for adults, kicked off on Oct. 24 and runs until March 31. It is closed on Sundays.