[Sponsored Report] In Raemian’s smart homes, the future is now

[Sponsored Report] In Raemian’s smart homes, the future is now 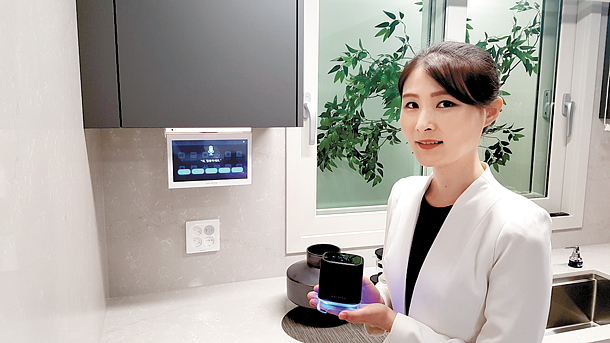 A display called “Smart Info Display 2.0” will be installed at the entrance of all apartments. The display utilizes Bluetooth technology and can provide customized information visually and verbally as residents go in and out of their homes. The information includes weather, parking status, visitors at the door and missed deliveries.

Access to the building will be through a smart band called the “Wearable One Pass System.” Residents wear the key like a watch. It’s the first such system in Korea.

The Homepad allows users to control their home with the sound of their voice. When residents leave home, they can simply shout “going out,” and the lights in their home will turn off and an elevator will come up to their floor.

The Homecube detects dust levels in the house and turns on ventilation systems accordingly.