‘Marlina’ is an Indonesian western: Director Mouly Surya filmed her third feature on a remote island

‘Marlina’ is an Indonesian western: Director Mouly Surya filmed her third feature on a remote island 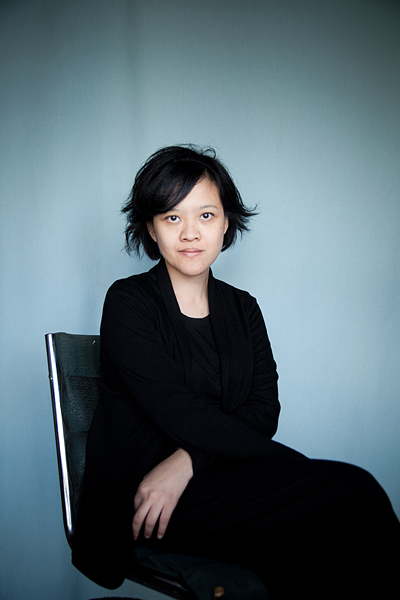 BUSAN - Indonesia’s up-and-coming film director Mouly Surya was never particularly fond of westerns. Little could she foresee that her third feature, “Marlina the Murderer in Four Acts,” would be squarely in the western genre - or that it will earn her kudos at the prestigious Cannes Film Festival.

Revolving around a young widow Marlina (Marsha Timothy) who defends herself by killing several men who attempt to rape and steal her property, the film puts a woman at the center of a genre that has usually been dominated by men.

The Korea JoongAng Daily sat down for an interview with Surya last week. Below are excerpts.

Q. Your debut feature film “Fiction” premiered internationally at the 13th Busan International Film Festival, and your second feature “What They Don’t Talk About When They Talk About Love” was also screened in BIFF. How does it feel to be back to Busan with your third feature?

A. Excited, even though it’s already my fifth time. I always get to see friends from Southeast Asian countries that are building their careers at the same time. We can see each other grow, which is very important. Actually my very first film festival was BIFF. Back then it was still called Pusan and they didn’t have the Busan Cinema Center (laughs).

BIFF will always have a special place in my heart because it was my very first film festival, and with all the people I [have gotten to] know [through BIFF] around, it feels like a second home. 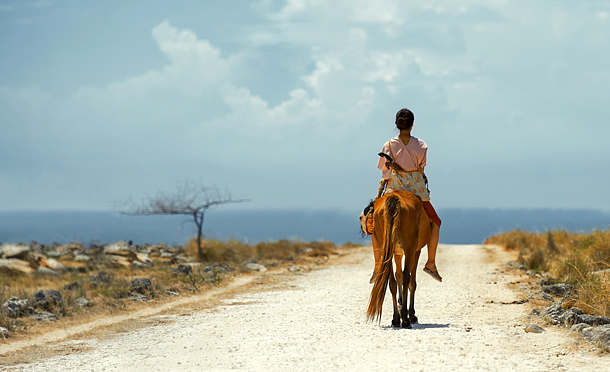 “Marlina the Murderer in Four Acts,” directed by Indonesia’s up-and-coming director Mouly Surya is a Western film with a female protagonist at its center. [BIFF]

Your latest film “Marlina the Murderer in Four Acts” is a female-driven journey of vengeance and justice, which seems far darker than your two previous movies. What inspired you?

Truth is, the idea actually came from Garin Nugroho (“Leaf on a Pillow”). He’s a very prominent filmmaker in Indonesia. During a film festival in Indonesia in 2014, he came to me. While we were watching a film we were supposed to by judging, he suddenly told me the idea of this story. It wasn’t called “Marlina.” It was only called “Woman.”

He started telling me the idea about this woman’s survival on Sumba Island. And he said he wanted a female director to do it. When he thought of me, he couldn’t really imagine how I would do this film, and he thought it would be interesting. The day after, he sent me a five-page treatment and showed it to my producer. My producer fell in love with it. We had another project in preparation, but decided to do this project instead. So the producer and I rewrote the script that started from Garin’s idea.

Why do you think Garin wanted a female director for this story?

He said because the film was about a woman, he wanted a female perspective on it. But he also said that it should be on this island. He has shot some of his films on this island, so he probably had a share of exploring this island and this culture.

How did you try putting your perspective in the movie?

My producer fell in love with the film from the start. I actually felt reluctant about it. First of all, it was the first time I did something that was not originally my idea. In the process of rewriting the script, I was starting to find my way to own the film.

I think one of the ways I found was to go to the island myself. I had never been there. When I was there, I kept thinking about how the setting resembles the landscape of a Hollywood western. The island made me feel like I was in Texas but poorer (laughs). It then started taking shape in my head.

Slowly, I started to fall in love with the film when I found my own way of how I would shape the film - adding the female gender into the western genre.

The scene of Marlina coming into view on horseback, rippled by heat waves while holding Markus’ head in a tote bag, had a strong impact on me. Why did you choose to fit the movie into the western genre?

It was something that came to me slowly. I’m not a fan of a particular genre, including westerns. And westerns aren’t something we Indonesians are very familiar with. Not many people have done them before. I think that fact itself was very exciting to me. This would be a very new field - along with this gender focus, and the setting in this particular culture.

Part of the reason I decided to do that was I’m someone who was born and raised in a city. The story Garin gave me is very local and rural. Very interesting but I felt quite distant from it. I couldn’t relate to the story, but when I tried to add western elements, it started to make more sense. I was able to make the film more relatable to me. So that’s what I wanted the audience to feel.

When Indonesians try to make films in rural areas, sometimes it becomes very documentary-like, which is very authentic and beautiful. But that’s not what I was trying to do in “Marlina.”

What I tried to do was to communicate messages and visuals to the audience, and make them feel inspired with this character. The western elements were something that I thought could make the distant story become more relatable to city people plus the international audience.

The movie tells the story of a victimized Marlina and looks at female empowerment. Is there a specific message you wanted to deliver?

A celebration of feminism. It’s not about feminism itself, but it’s more about celebration. About what a woman could do for survival. The main character planning to survive and fight these men are key scenes of the film.

When we speak about women, at least in my own country, we always speak about their roles. Their roles as a mother, a wife and in the house. But what’s interesting about Marlina is she fulfills these gender roles. She was a mother, was a wife. And is a victim right now, trying to fight.

I think it’s interesting how she blends all these roles yet still finds ways to survive, which all start in the kitchen. Marlina breaks the stereotype of women.